Hey friends! I am back with my third and final post for my Travel Journal on my trip to London. Click below for Part’s One and Two

Today, my post pulls together all of the remaining details and sites of our trip, and then at the end I am going to round up some of my observations and tips for traveling to London.

The British Museum was actually our first stop on our first day because Brandi’s work hotel was right around the corner. It was a fun (and very touristy) way to kick off our trip! Most notably, the museum is home to the Rosetta Stone and an impressive Egyptian exhibit. This is going to sound a little silly, but Brandi and I commented multiple times on the age of some of things on display. It’s not that we haven’t been to museums before, but many of the items were dated back to 2000 BC, which is just fascinating to wrap your mind around. 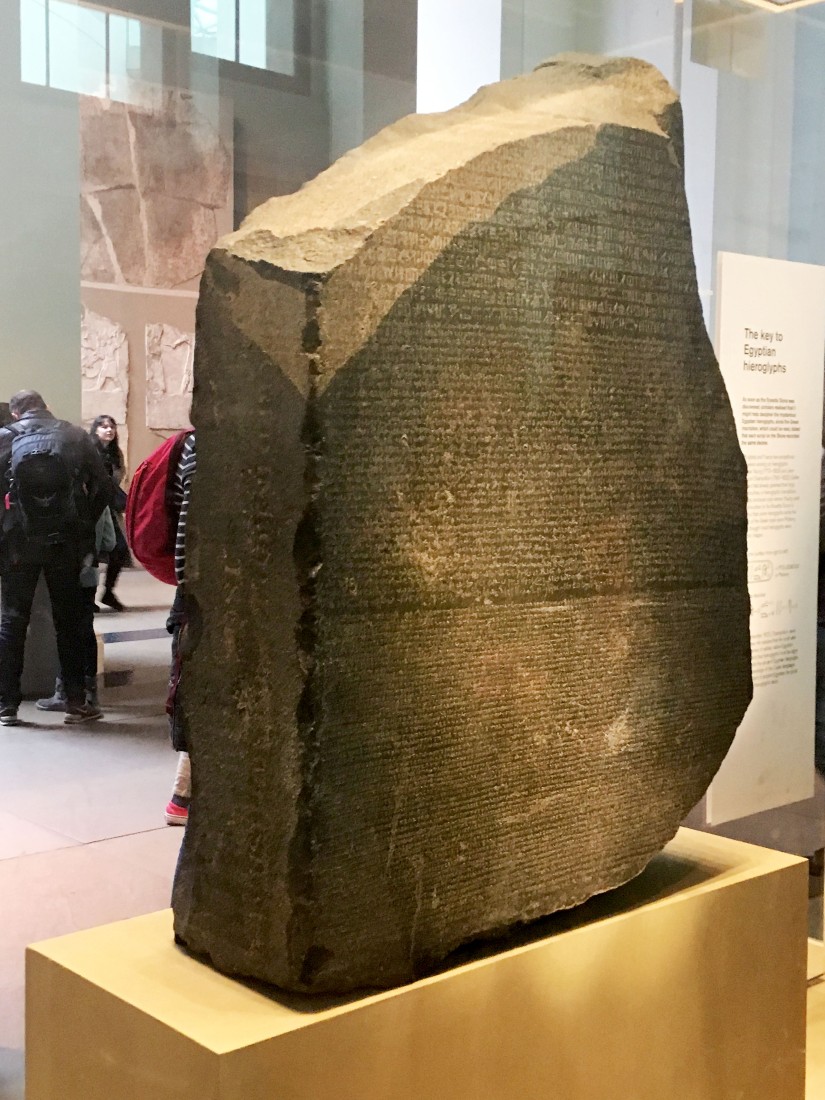 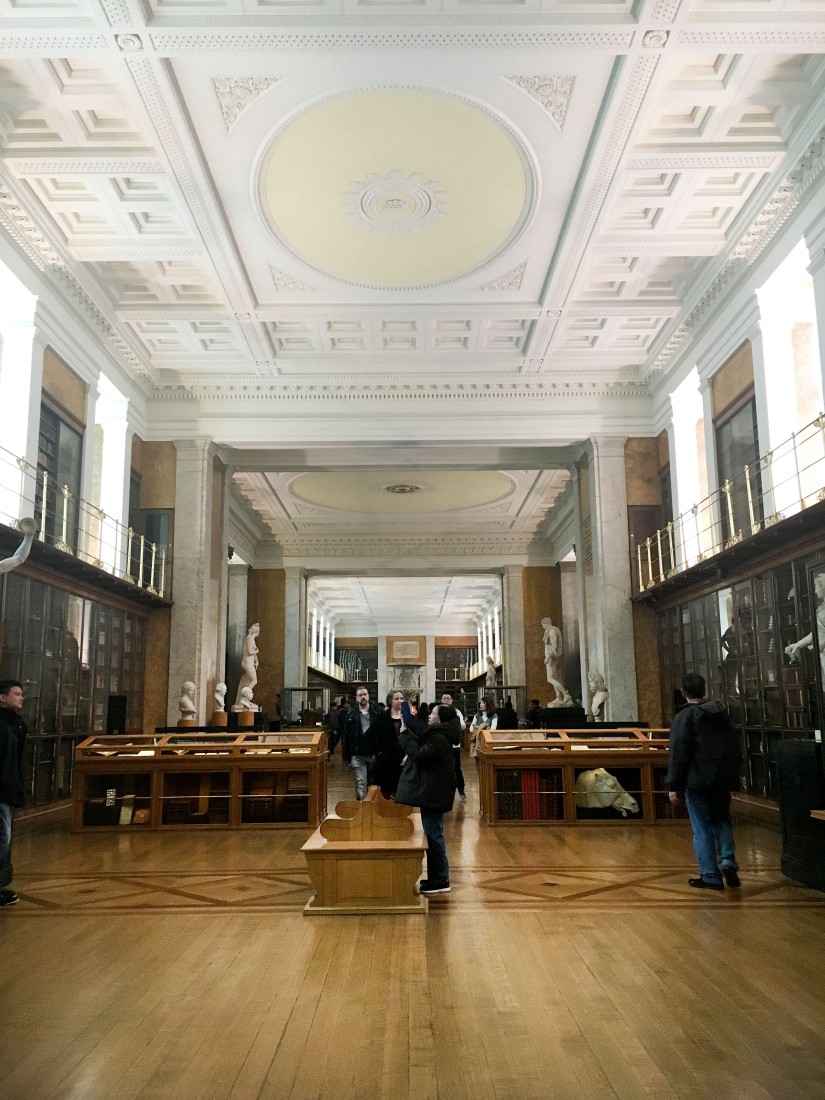 Doctor Who and Harry Potter

One can’t visit London without indulging in a fandom or two. For me that is Doctor Who, and Brandi didn’t put up any complaints when I asked to go out of our way to find this Tardis that sits outside of the Earl’s Court Station. 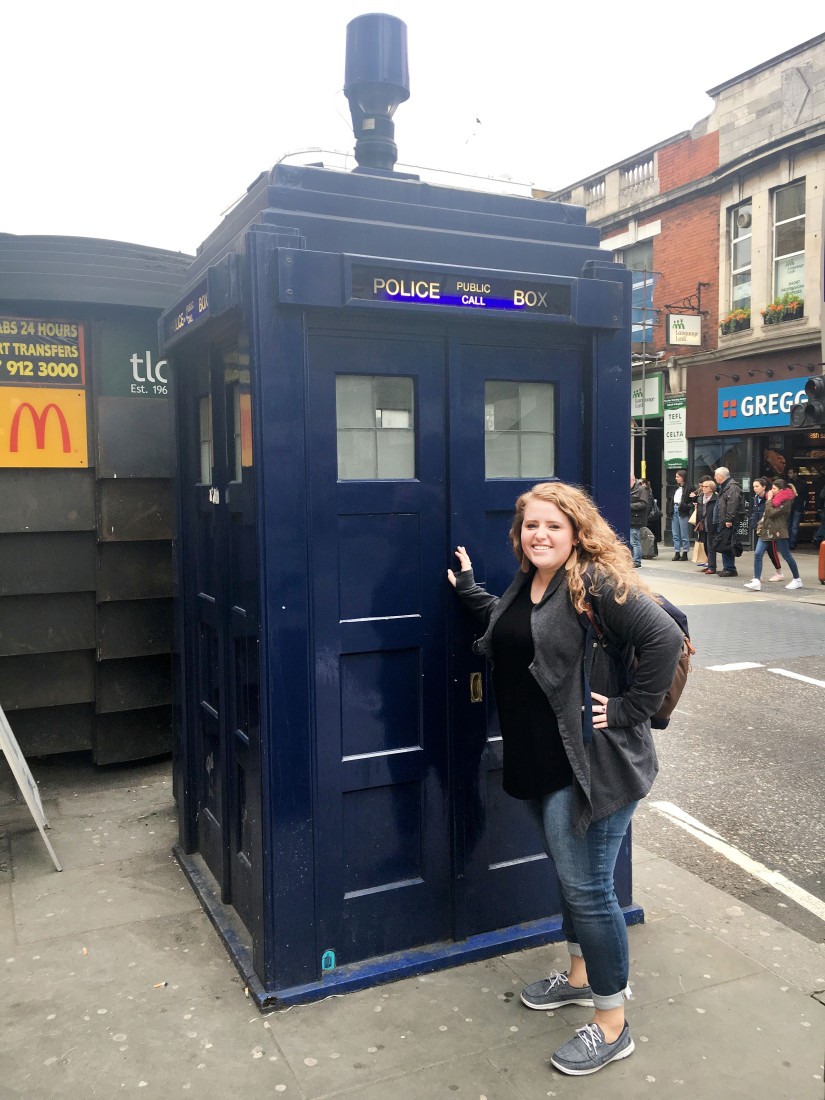 I also randomly found this Dalek, and lots of other smaller Doctor Who collectors items in this children’s bookstore. 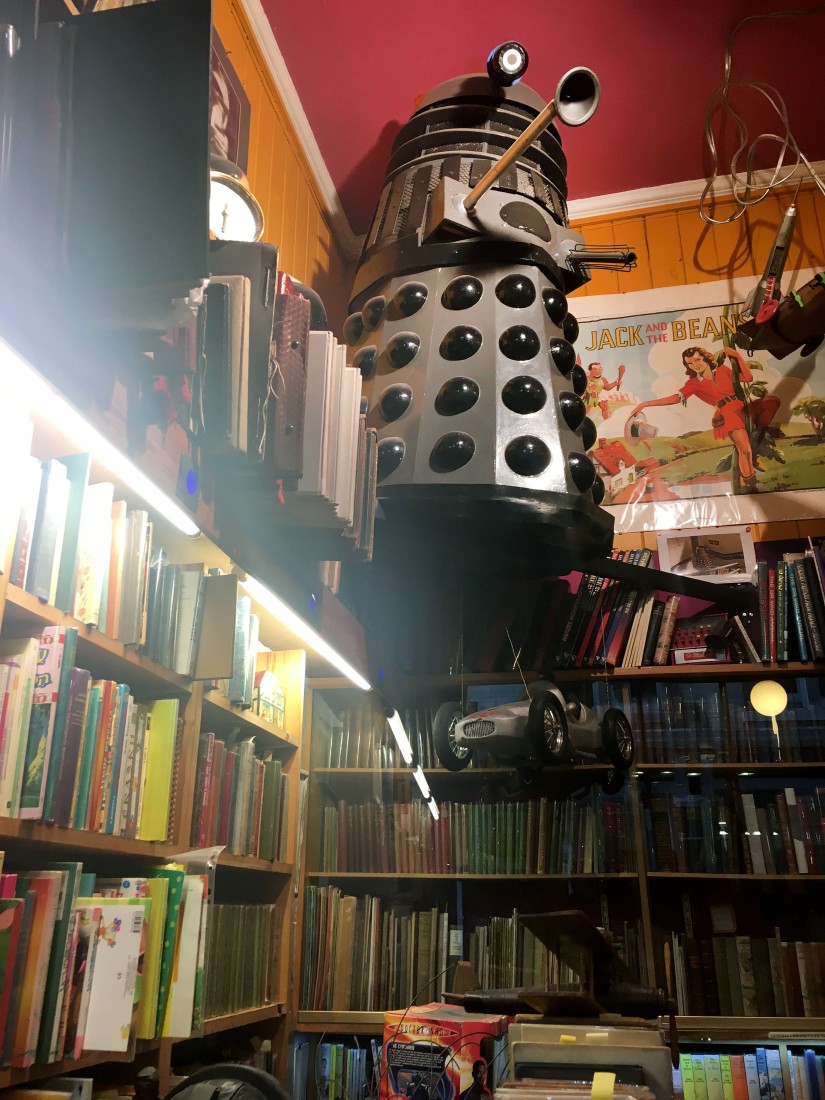 Now when it comes to Harry Potter, I have to throw out a disclaimer. I watched all of the movies in college and I didn’t read the books until AFTER college. Even though I was a HUGE bookworm as I kid I was just never interested in reading Harry Potter and I don’t think any of my close friends did either. Fast forward to college and I made friends who couldn’t handle the fact that it was missing from my life, so I finally jumped in. And of course I loved it and am now a forever fan, but since I didn’t grow up with it, I am not quite as attached as those, like Brandi, who literally grew up with it. 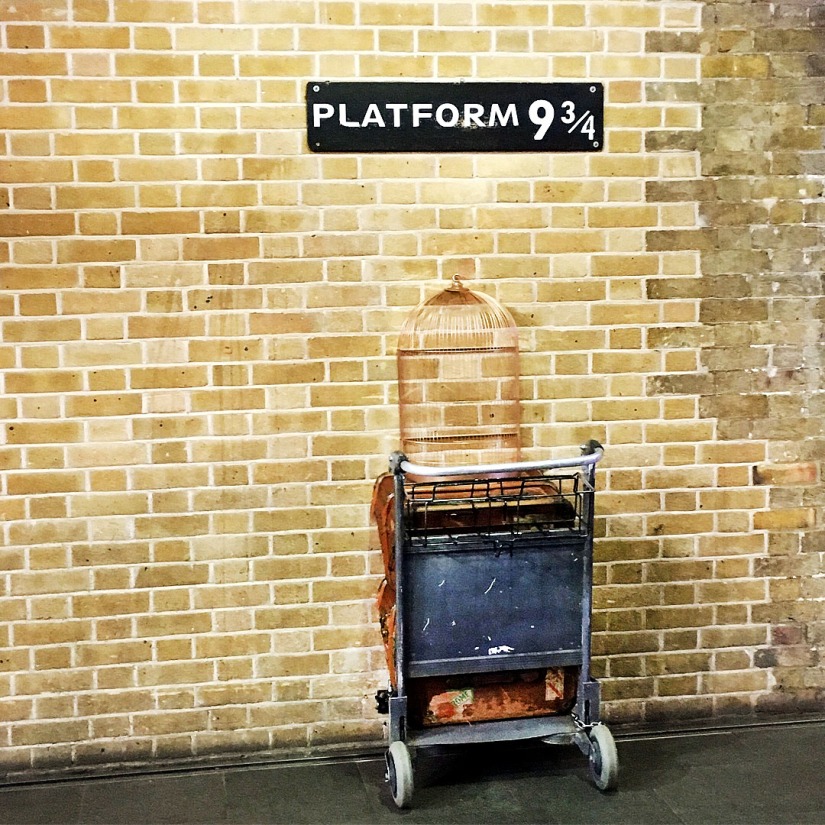 I visited the Platform 9 3/4 area and Harry Potter store at Kings Cross Station with Brandi, but I opted not to stand in the 1+ hour long line for the photo opp. Brandi has already visited once with her co-workers earlier in the week so we just shopped a little in the store.

This theatre was just a few blocks from Brandi’s work hotel, which was fun to walk by.

The Warner Brothers studio where the majority of the movies were filmed are actually 20 miles northwest of London. When we looked into tickets, they were all already booked for the days that I was going to be there, but Brandi was able to extend her trip an extra day to fit the tour in, so these are a few pictures from her. I’ve been to the main Warner Brothers Studios in California, so I was bummed I couldn’t join because I knew this experience would be pretty cool. But I am so glad that she was able to make it work. 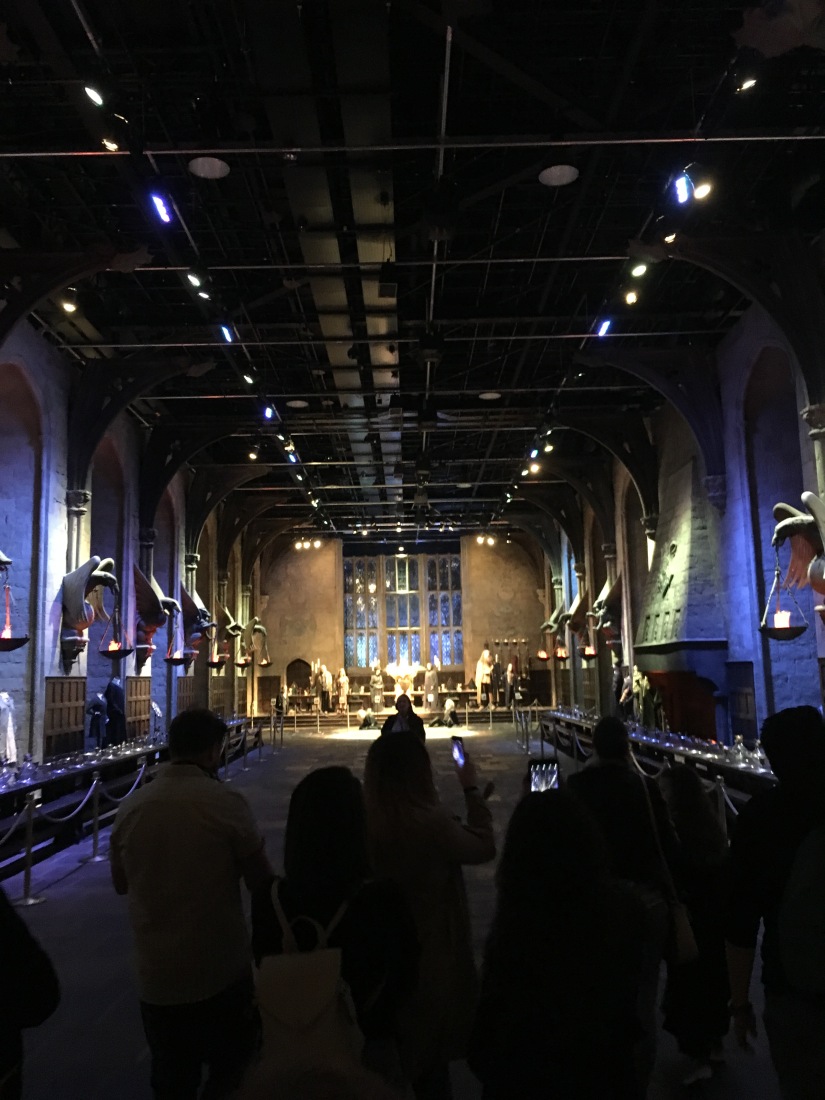 The hotel we stayed at after we moved from Brandi’s work hotel, was the Moxy London Stratford, out in the Stratford area, which is also home to the Queen Elizabeth Olympic Park! Our last afternoon we walked over to the park and took a short boat ride on river which was led by a tour guide. He shared all about how the area was built up for the Olympics, how things looked and functioned during the Games and then what things are used for now. Brandi and I are both big sports fans so we really enjoyed this!

This tower of sorts is the large sculpture in the UK, and actually is supposed to be a different representation of the five Olympic rings. You can take an elevator or the STAIRS to the top. And, its a little hard to see from this angle, but there is actually a tube slide that you can take to get down! Or you can repel down with climbing gear. We didn’t allot enough time for it, but had we known I definitely would have planned to do the slide! 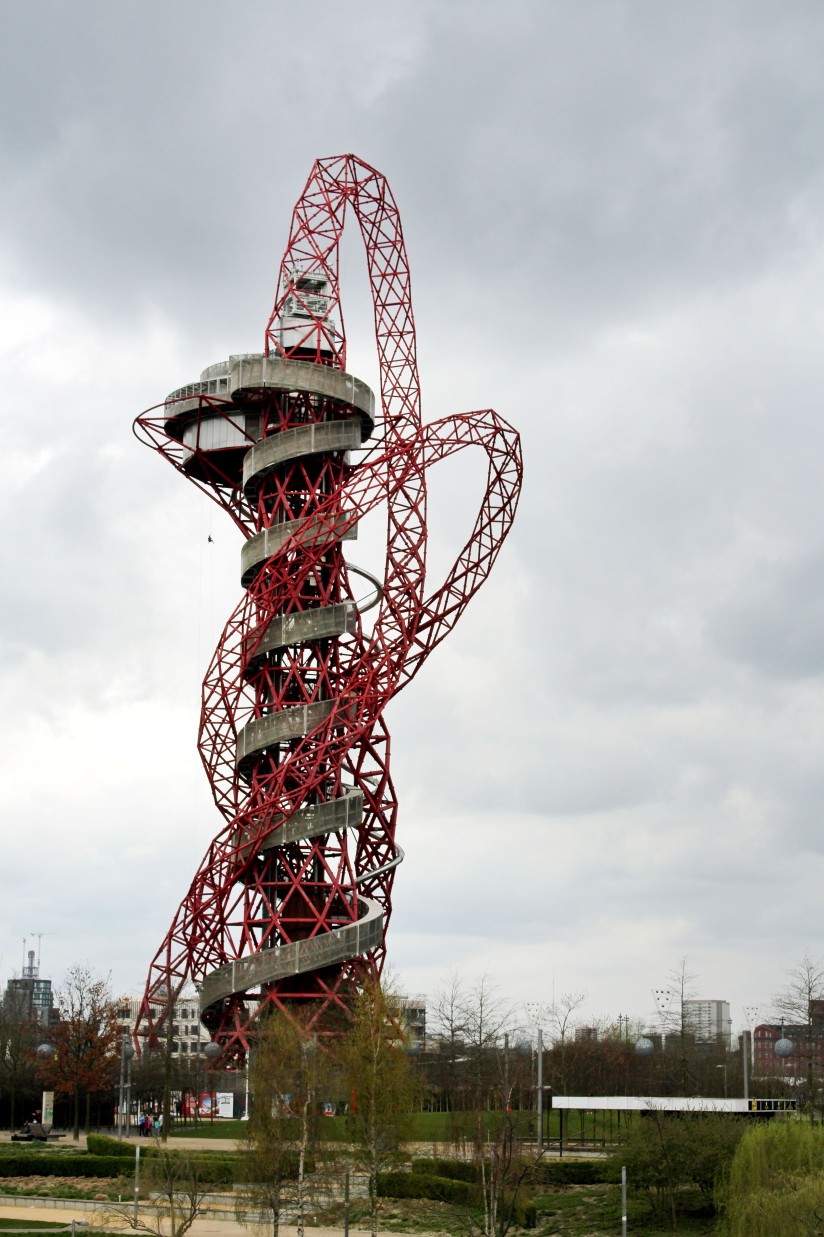 A trip to England is also not complete without doing tea! Brandi did the full tea experience with her co-workers earlier in the week, but I was content with the place we found in Soho, Maison Bertaux. They have been baking daily on the premises since 1871 and I learned later that it is the oldest patisserie in London. It was so cute, and SO GOOD! 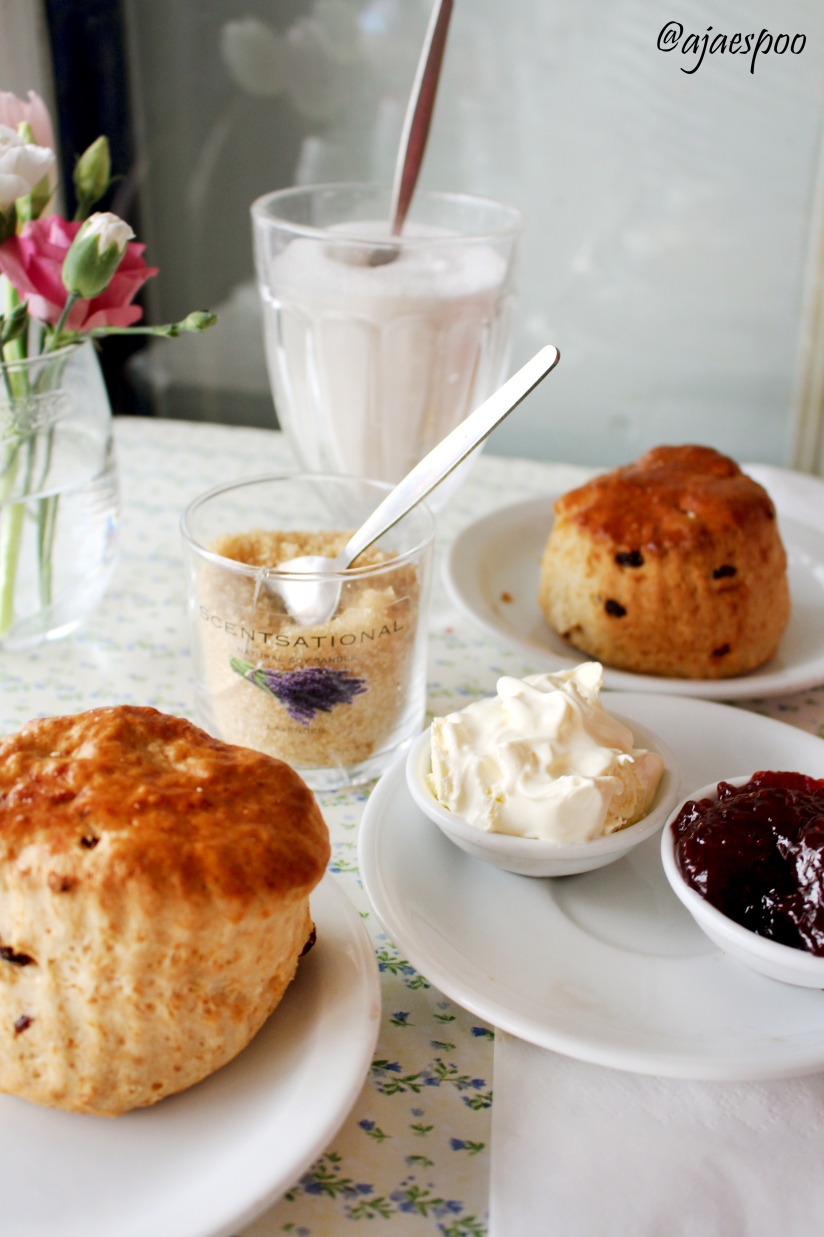 Brandi and I never actually chatted about seeing a show until I arrived, which is kind of funny, because I think we both agree that it was our favorite part of the trip! We agreed on The Lion King pretty easily, so on Friday close to midnight we jumped online to see what tickets we could find for Saturday. We wanted to a little bit more than the nosebleeds so when we found two seats that included champagne and ice cream, that were labeled in the purple section, as two Kansas State grads, OBVIOUSLY those were the seats for us, and we sleepily bought them without dwelling too much on the price. When we got to will call the next evening we found out that the tickets also included access to a fancy lounge before the show and during intermission! And after all of that, the show was absolutely AMAZING! I teared up multiple times.

If you are planning a trip to London, seeing a show is a must, and honestly I would encourage you to let that be your splurge and let yourself get the all-around theatre experience. Obviously, there are a lot of great shows, but we highly recommend The Lion King. 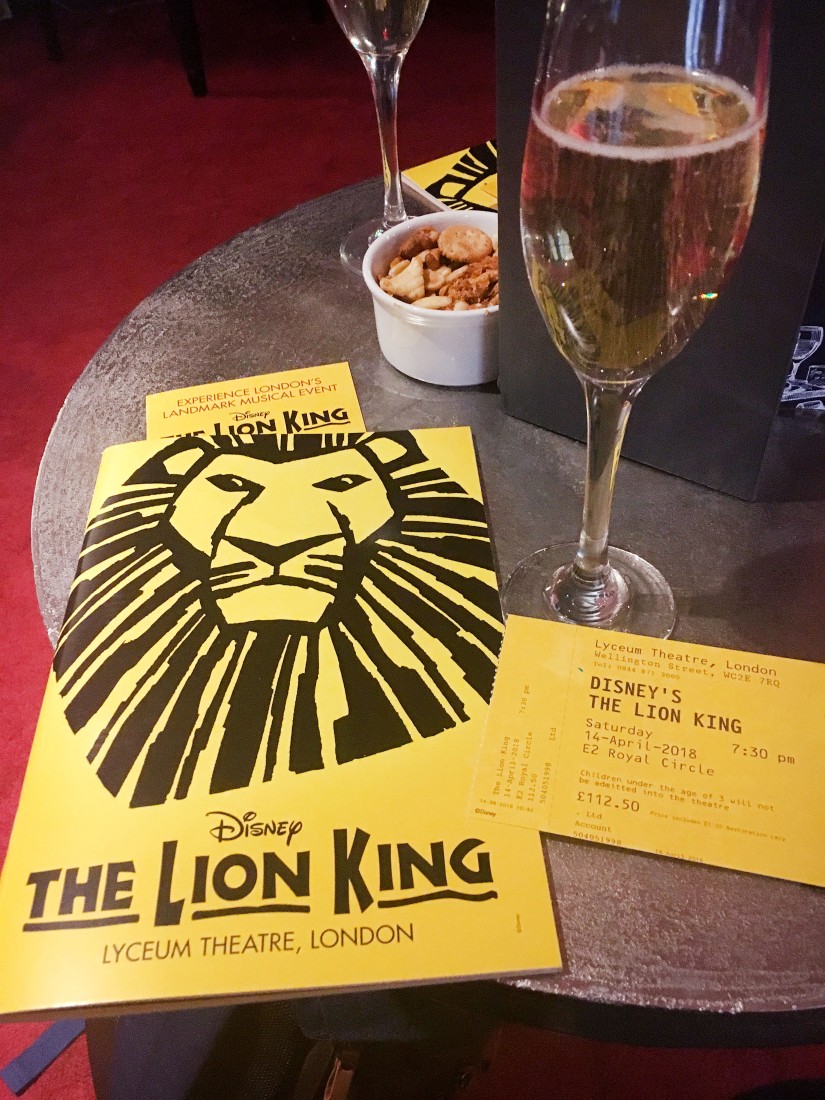 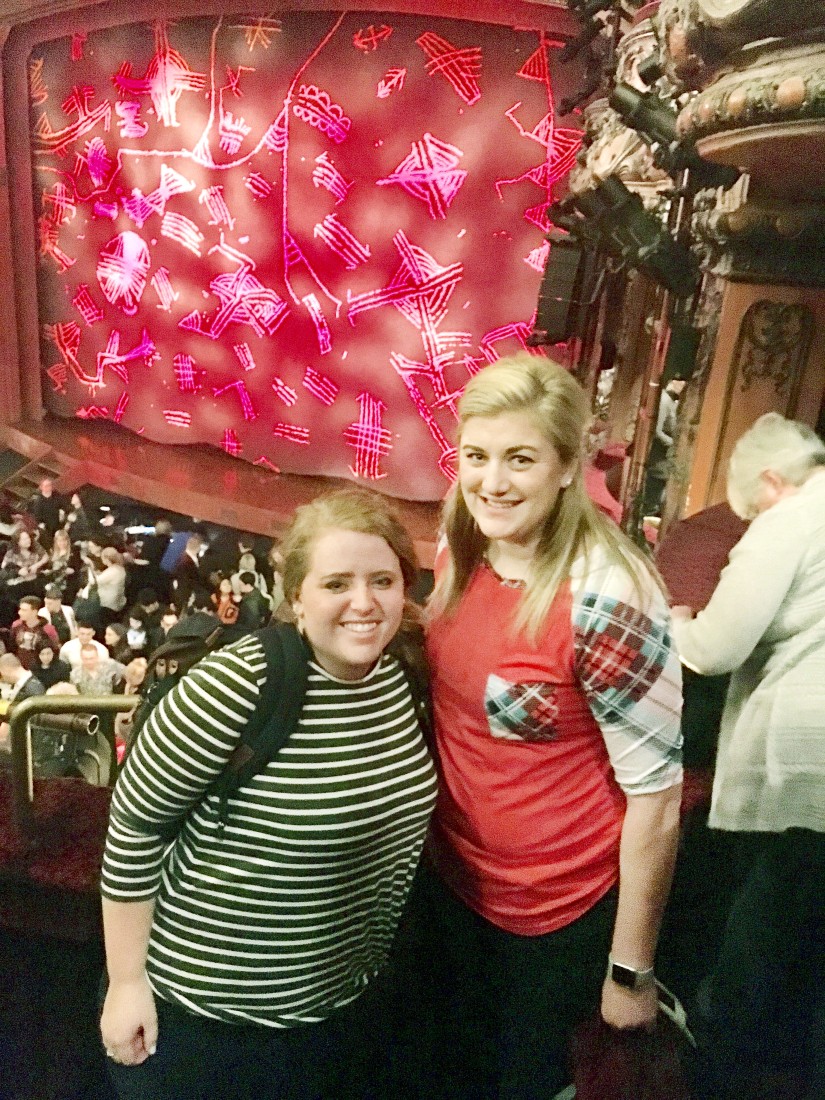 Other Sites Around London

I always really enjoy going to markets in the different cities and countries that I visit, and since Brandi had never been to anything like that, I really wanted to take her. I had a lot of people recommend the Camden Market in Camden Town, so that’s where we went, but honestly I was a little disappointed. It wasn’t bad, and it was an interesting part of London to see, but it just wasn’t what I was looking for and we really could have skipped it. We did though, get our second round of fish and chips in this cute pub, called the “Camden Eye,” that had seating on the second floor that allowed us to look out and enjoy some good people watching.

I always like to buy paintings or other forms of art in the countries that I visit so we did some quick research and headed down to the Spitalfields Market, which was more of the artisan market I was looking for. 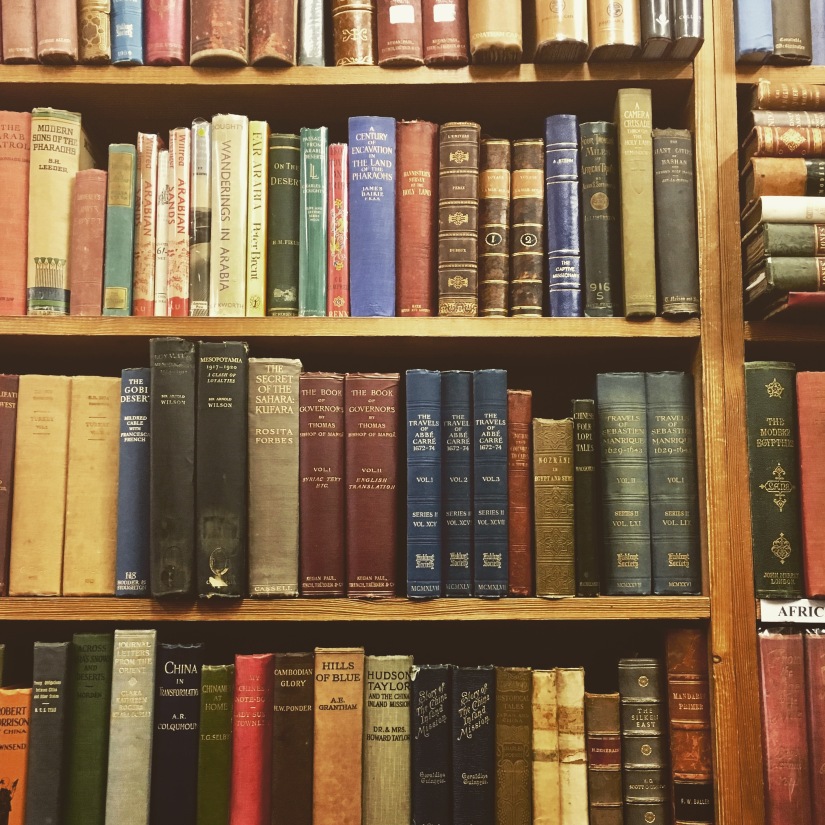 The first day that I arrived, I had the afternoon to explore on my own while Brandi was wrapping up her work responsibilities. As I walked through the Covent Garden area I discovered that London, or at least that area, is home to an endless amount of old bookstores, which are my favorite! I just couldn’t believe that there were that many. In many alleyways, and on the main street, there would be multiple stores in a row. And they all seemed to have a little bit of a different focus and range from first editions to new releases. 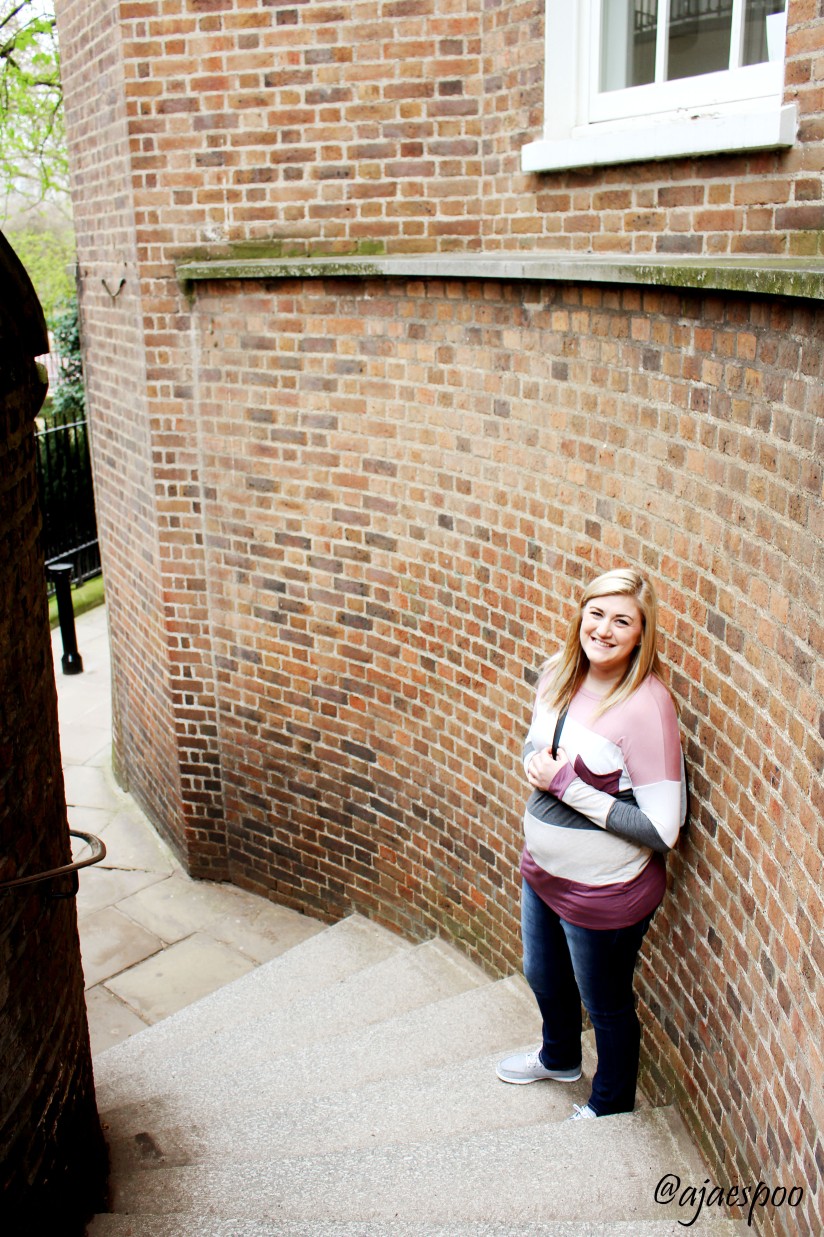 After an exhausting couple of days, we wrapped up the trip with good old pizza and beer. 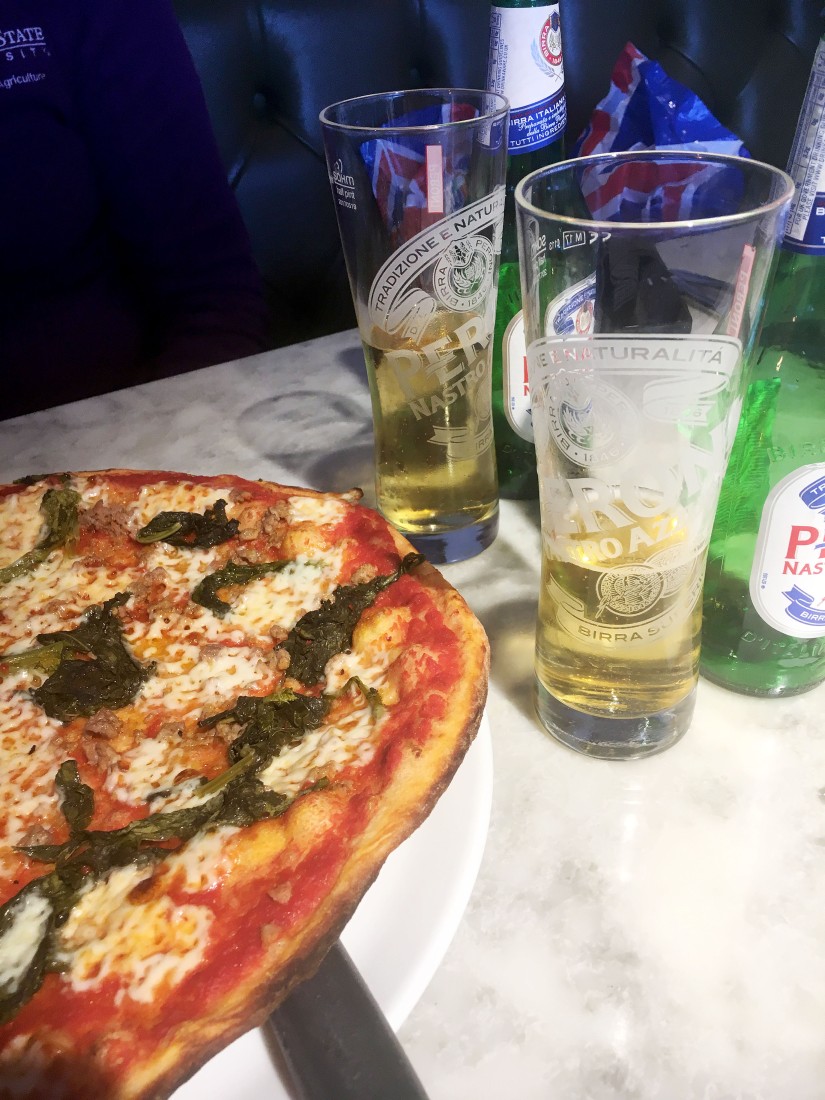 There is so much more I could share, but for the sake of length I am going to stop there. If you are planning a trip to London though, definitely let me know if you have any questions!

Lastly, thank you Brandi for letting me tag along and making this such a fun girls weekend! I loved going on this adventure with you (even though we never saw ANY corgis) and am so thankful for your friendship 🙂

And just for fun here are some of my other Travel Journal posts:

Thailand and the Philippines