I’m back with Part Two today of my travel journal for my trip to London with my friend Brandi.

If you missed Part One and all of the background on the trip you can read it HERE! In it I shared all about Buckingham and Kensington Palaces, as well as St. James Park and Hyde Park.

As I mentioned in part one, I am splitting up my blog posts for this trip based on highlights, so I can average out the amount of pictures in each post as much as possible.

Today’s post features a lot of popular historic tourist attractions. I’m definitely a history junkie, and thought it was so cool to see so many iconic sites that I learned about as a student growing up.

So even though I just said I was a history junkie, I am also a Doctor Who fan, and I’ll admit the only reason I knew what Trafalgar Square was because of that show. There are actually a lot of real-life locations throughout London that are featured in Doctor Who, but for whatever reason this was one of the main ones that I remembered the scenes from.

Anyway, I actually came to the square twice, first when I was just wondering around on my first day in London while Brandi was finishing up her work engagements, and then again with her on our first full day. It such a great hub for people watching!

The building featured above is the National Gallery, which has portraits and other pieces of art. 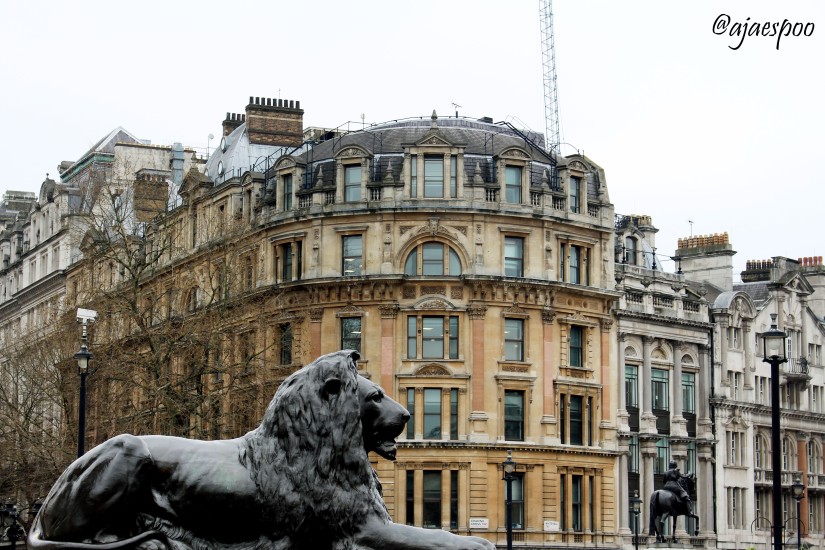 Street acts always creep me out, and this one did too, but I was also fascinated. What is their secret?! Is that an actual person standing on a platform that is anchored through the sleeve? Or is it a remote control of some sort?

Trafalgar Square, House of Parliament, “Big Ben” and Westminster Abbey were all a part of our first day, which I talked about in Part One. We put in 13 miles that day!

Parliament and “Big Ben” were unfortunately being worked on so they were under a lot of scaffolding. I’ll be honest though, I really thought that “Big Ben” (whose name is actually the Elizabeth Tower) was smaller than what I had imagined based on pictures and TV. Still impressive though! 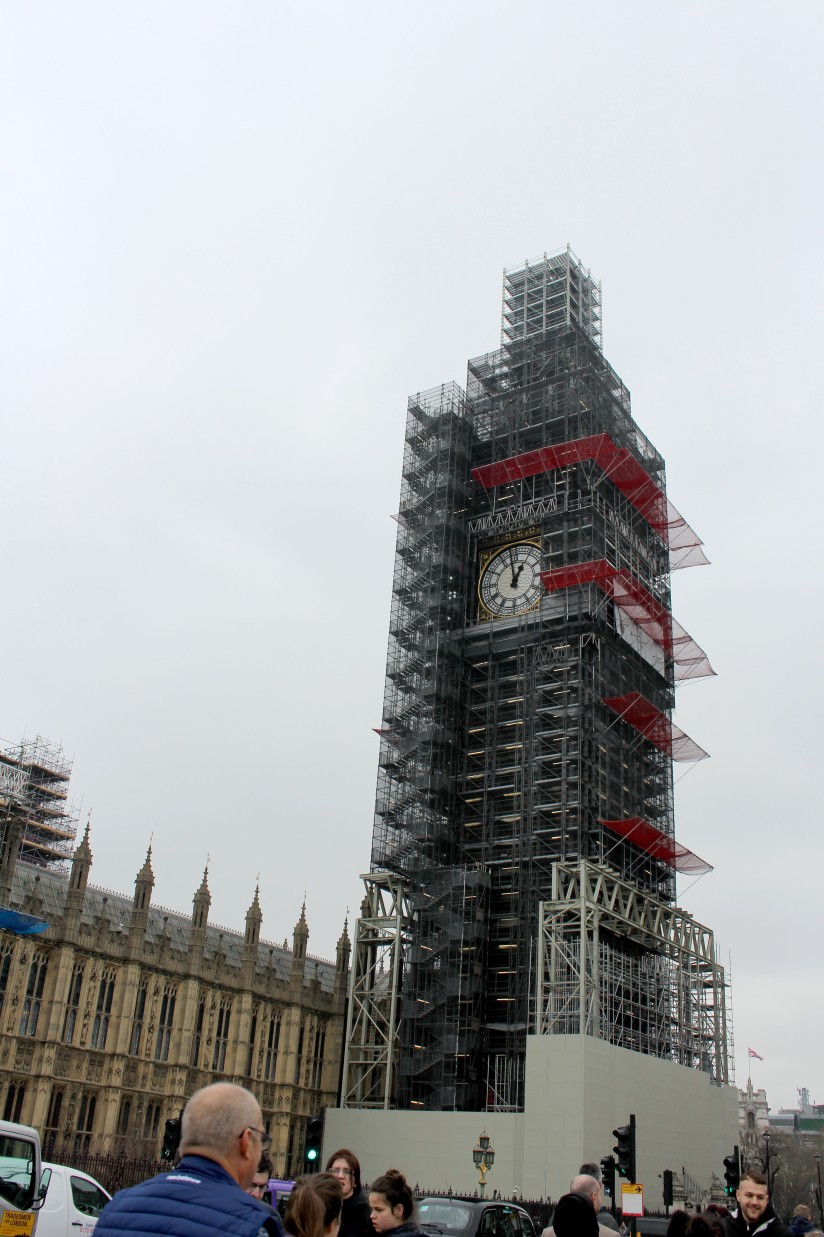 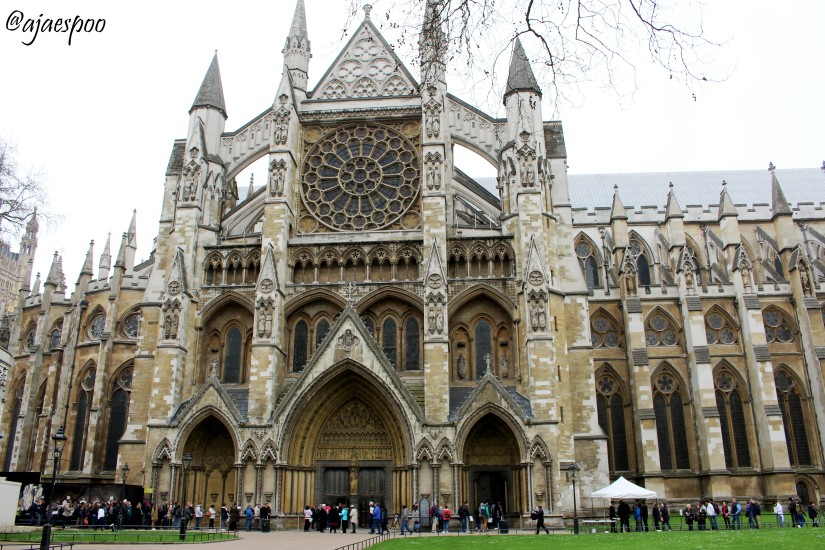 I love seeing the different architecture of cathedrals and churches, and Westminster Abbey was beautiful. We opted not to do the tour just based on the lines and cost, but it was probably the one thing that I wished we would have planned better for ahead of time to do. 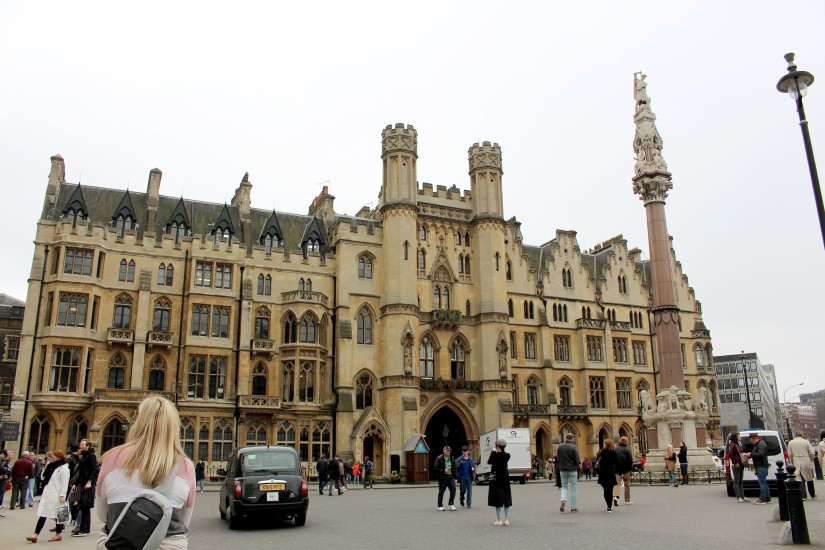 The Tower of London was one of the main highlights of the trip for me. I’ve always vaguely known what it was, but knew very little of its history. First and foremost, we were there to see the Crown Jewels (#basicwhitegirl), but the rest of it was really interesting too and we could have spent way more time there than we did. But back to the jewels… this is where most of the Crown Jewels stay (and are guarded) when they are not being used. The exhibit, where we weren’t allowed to take photos, did a really thorough job of sharing the history of all the pieces and coronations in general. Brandi and I chatted about the fact that since the last coronation was in 1953, it will be really interesting to see both the differences and similarities of a modern. We also pointed out that our generation is unique in the fact that we’ll live through two.

Two travel notes here, the Tower of London does require a ticket, and it wasn’t cheap, but I would still definitely recommend it Like I said, we went through some of the other exhibits, but we could have more time. There are also guided tours you can join, but we bought a guide book that was really thorough and something I wanted to keep afterward. My other note is that there are a few really great shops here. On this trip I really wasn’t in the market for a lot of cheap souvenirs or gifts, which is what we saw in most of the other shops we stopped in around London. But the shops at the Tower of London were much more unique, including the official Historic Royal Palaces shop. Growing up, I collected tea sets that my grandparents usually gave me for my birthday or Christmas, so I was really happy to get a tea cup and saucer that is a copy of a set that the Queen uses. 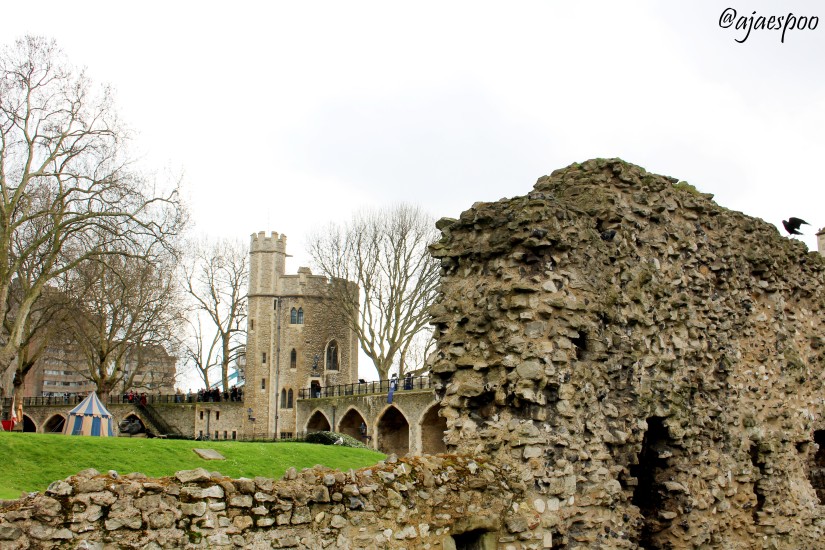 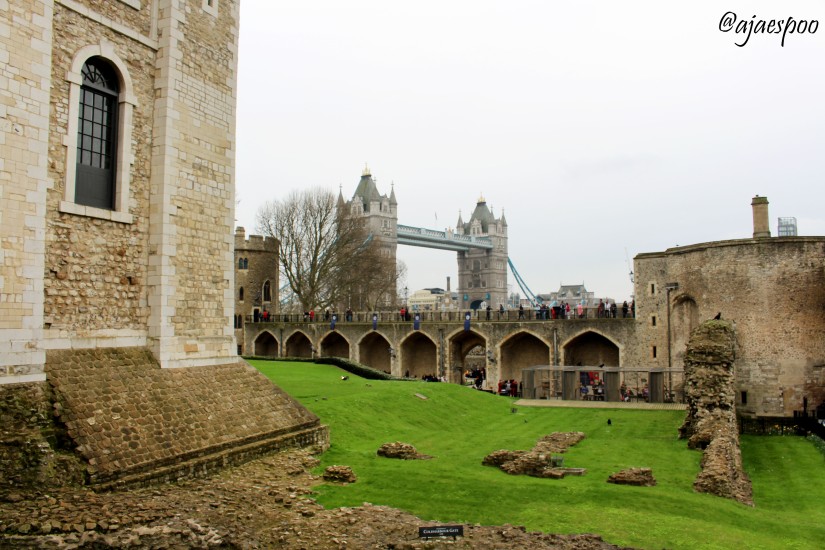 Right next to the Tower of London is the Tower Bridge, which we took a walk across. We spent the whole weekend calling it the London Bridge, which I guess is a common mistake. I read somewhere that it lifts for water traffic an average of 1,000 times a year, and only does so with 24 hours notice. 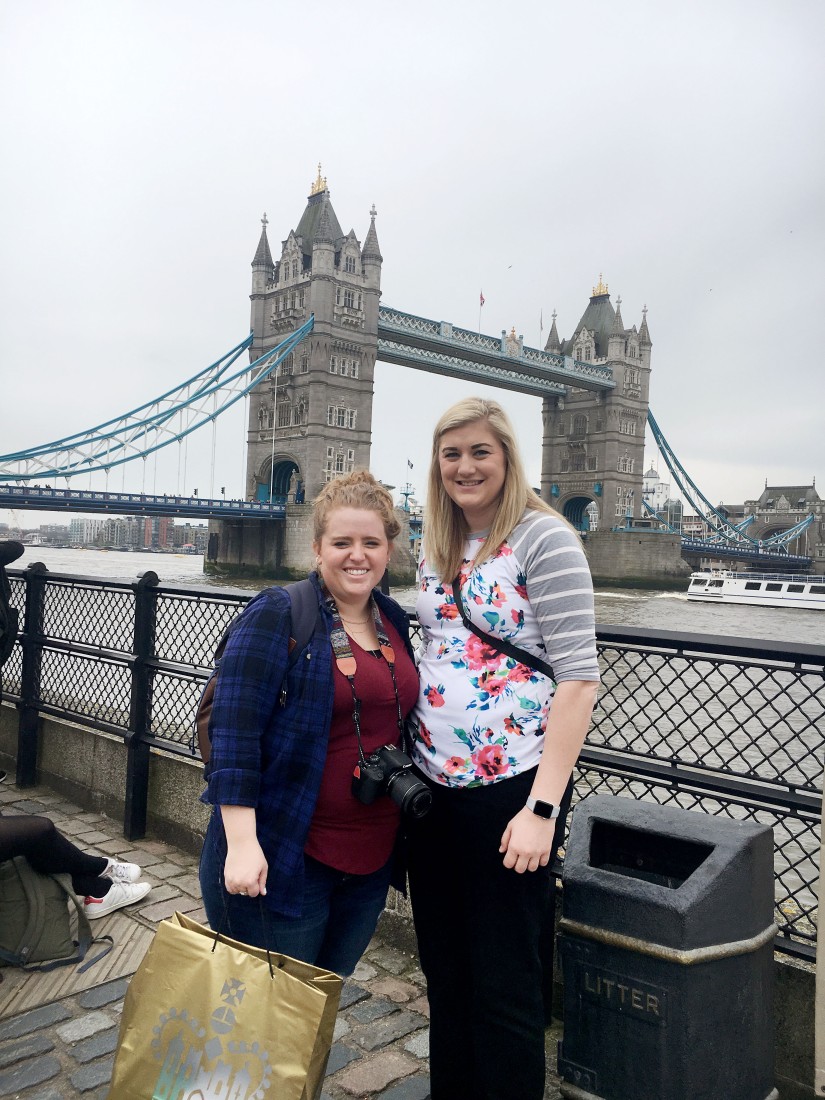 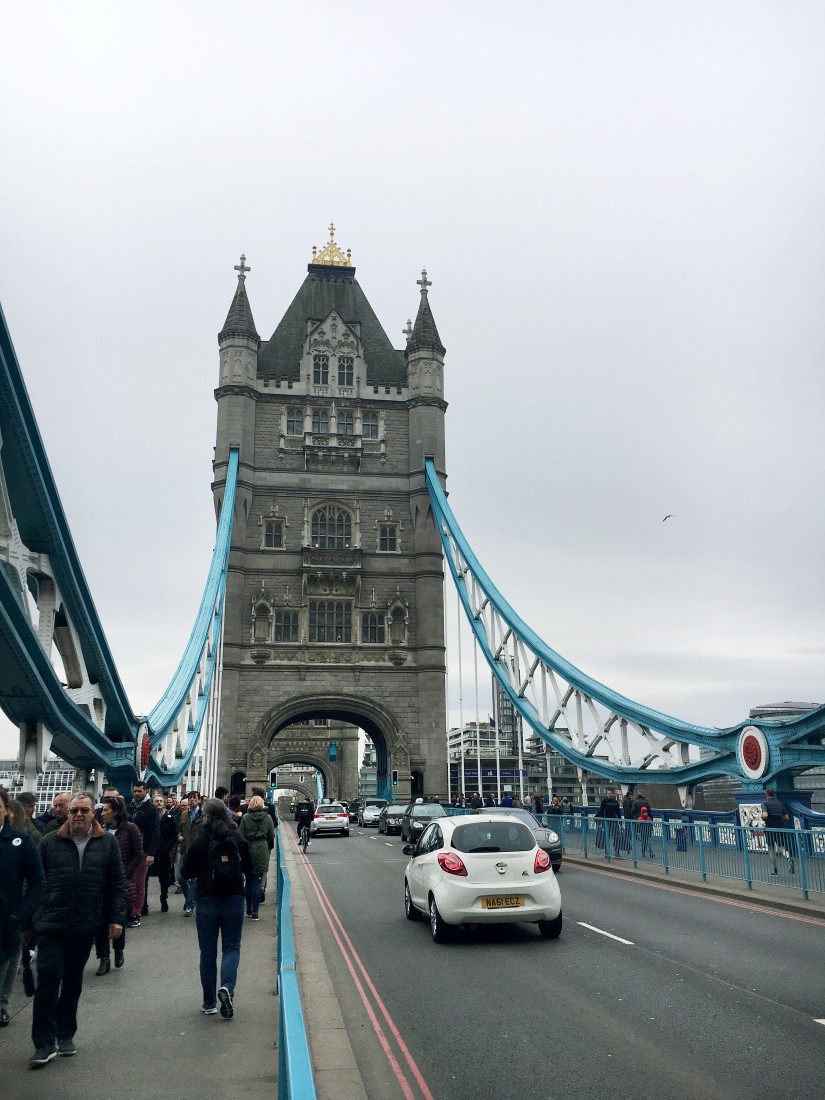 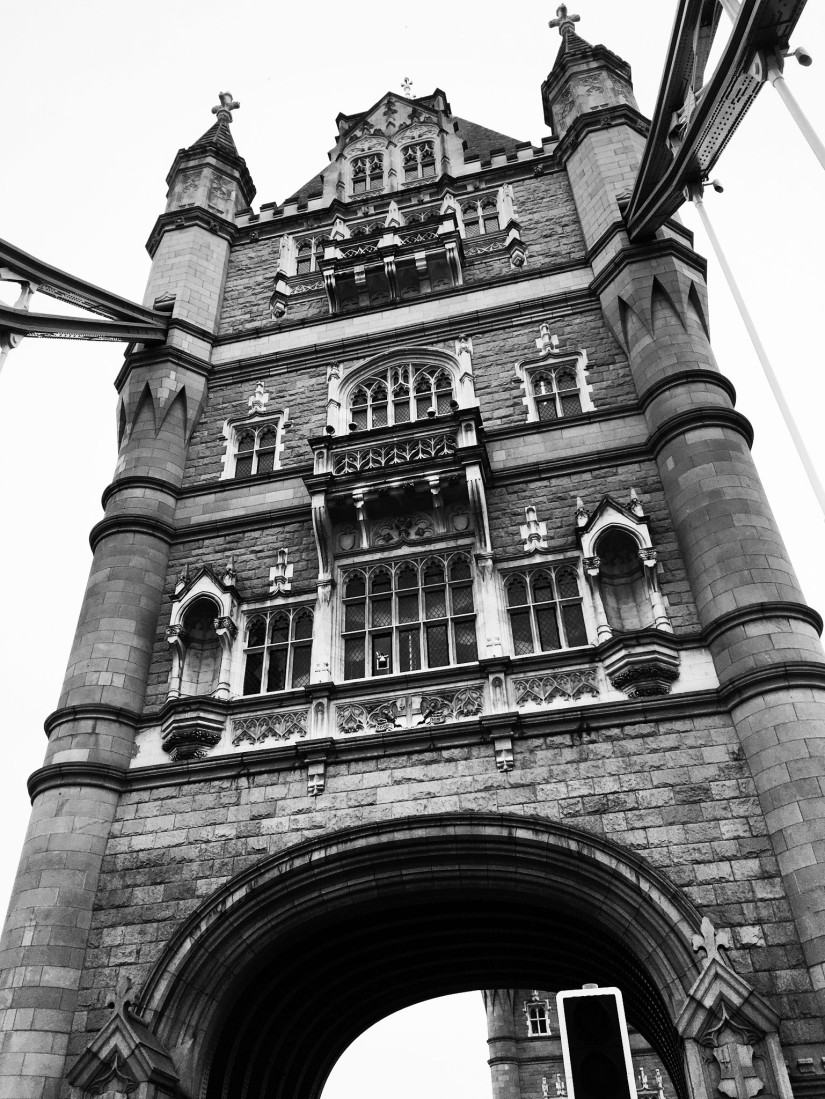 During on of Brandi‘s work dinners, she was up in The Shard, which is pictured in a few pictures below, and got to take in this great view!

London Eye and a few other sites 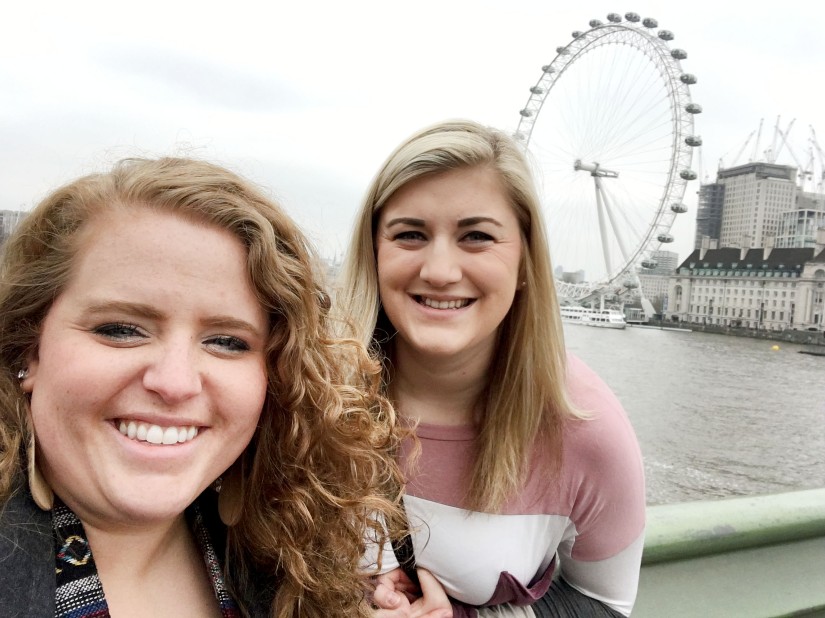 The famous “Eye” from the Westminster Bridge.

The pointy building above is “The Shard.” I always think its really cool to see the contract between historic and modern architecture in the same place.

The Wellington Arch sits on the corner of Hyde Park and Green Park, along the route from Buckingham Palace to Kensington Palace.

Also near the Wellington Arch is this World War II memorial above and an Australian War Memorial pictured below. The Australian one was being repaired, but was really unique and apparently normally has water running over it. 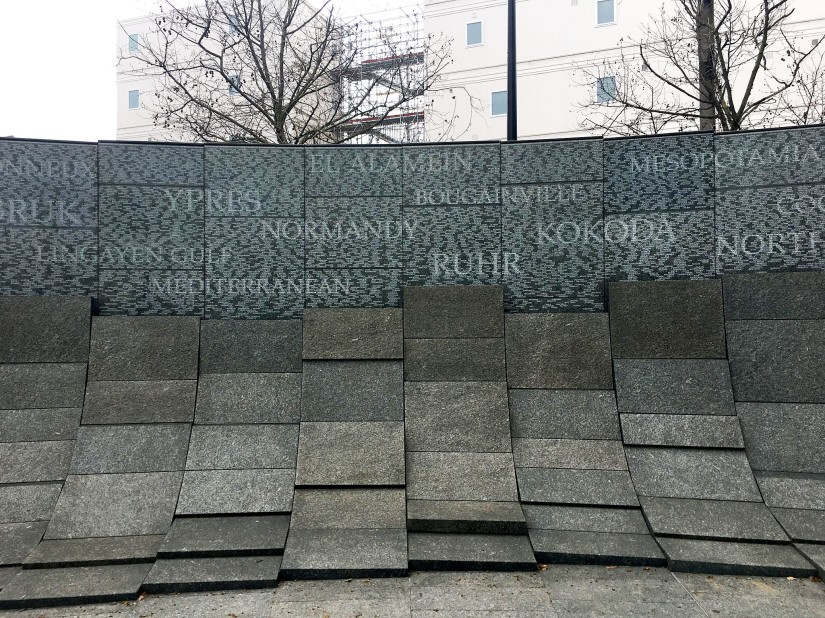 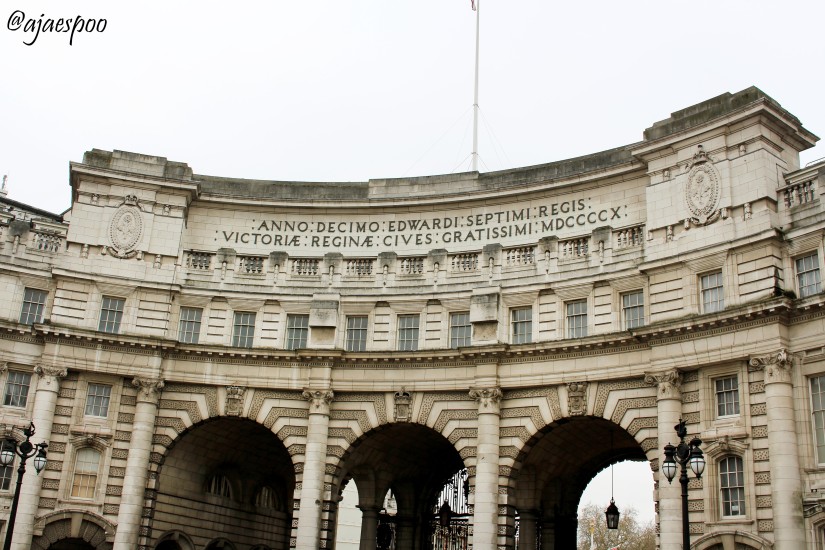 Admiralty Arch which marks the beginning of “The Mall” which is the road way that leads up to Buckingham Palace. 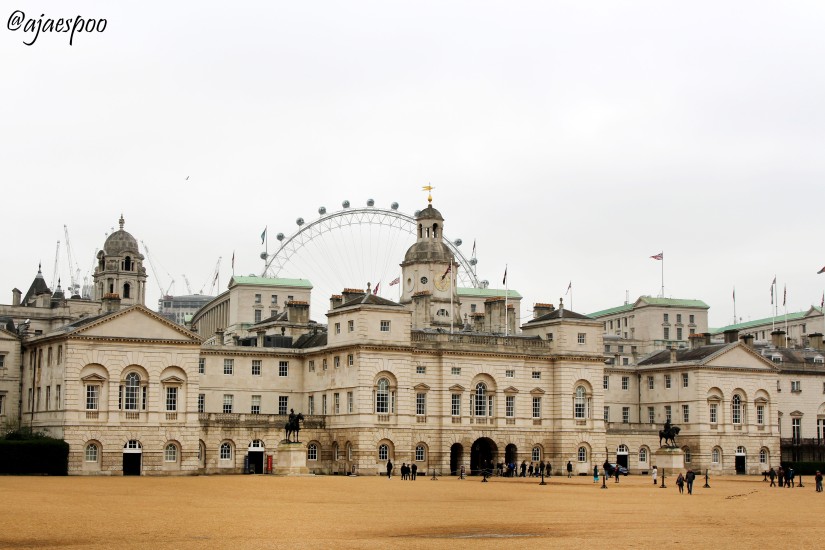 This building is for the Queen’s Horse Guards, and the open area is where the ceremonial parade takes place. This is also where beach volleyball was played during the 2012 Summer Olympics. 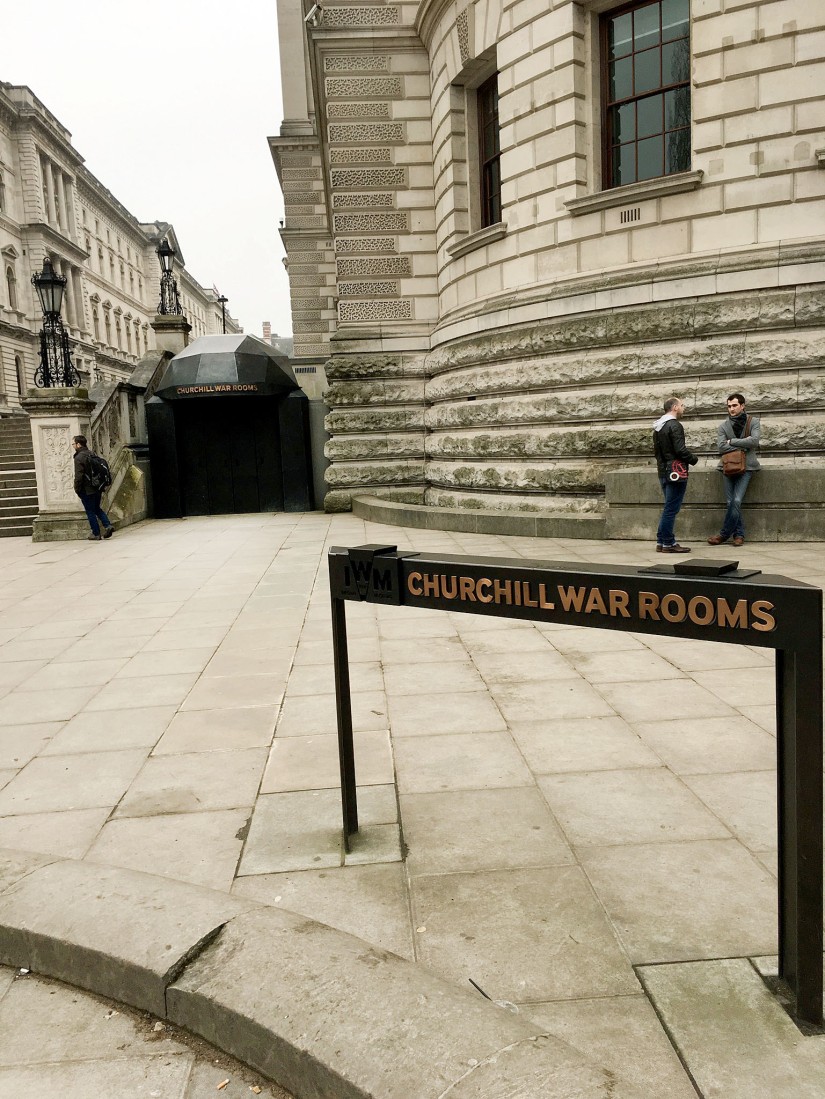 We also opted not to do the tour for the Churchill War Rooms, but I was interested to see it proximity to Buckingham Palace.

Alright, that’s it for today’s post. My third and final post will be in the next few days, and in addition to sharing about the rest of our trip, I’ll also be sharing any final observations and tips about traveling to London.

Thanks for stopping by!