The internet about had a heart attack last week when T-Swift herself started promoting the release of Ryan Adams’ full cover album of 1989. I’ve listened to the guy a few times before and I like his sound, but with the craze this cover album started, I found myself just as anxious to hear it.

It’s weird and wonderful all at once, and I think regardless if you are a Taylor Swift fan or not, I’d say that is a testament to her writing. Most of the upbeat songs were slowed down and the slow ones sound more haunting. I was somewhat surprised that my favorites were the exact opposite from my favorites on the original album. His cover of “Style” above was probably my overall pick followed closely by “This Love.” I also really enjoyed “All You Had to Do Was Stay” “Bad Blood” and “Clean.”

If you had told me the first few time I heard this song that this girl is only 16, I wouldn’t have believed. Her voice definitely sounds more mature. This is her first single off of her upcoming debut album. I actually haven’t had a chance to really check out any of her other music, but I fear it might be that I just like this particular song. We’ll have to see.

3.Jam I Have on Repeat
T-Shirt – Thomas Rhett

I kept telling myself that I was going to wait to feature Thomas Rhett again until his full new album came out today. But I CAN’T stopping putting this song on repeat. It’s becoming unhealthy. That said, don’t be surprised when I feature the album next weekend…

I love Queen Bey, but I definitely like John Mayer’s version better.

My early childhood was pretty awesome.

This song has such a sad and haunting, but beautiful sound. It actually reminds me a bit of the Dixie Chicks.

7.”Oldie, But a Goodie” I Heard This Week
Holiday in the Sun – Weezer
Listen HERE

So this is where I admit that the straight-to-video Mary-Kate and Ashley movie “Holiday in the Sun” is one of my most watched movies… EVER. Yepp, I am from the Olsen twins generation and for some reason my friend Kari and I were obsessed with that movie. This song always reminds me of our friendship, and of course, how ridiculous that movie is.

8.Current Beat That Makes Me Want to Dance…in the Car…Jamming With the Windows Down
Tear in My Heart – Twenty One Pilots

I’m warning you, this band is weird, and what’s even stranger is how oddly addictive their music is. When they opened for a Imagine Dragons concert I went to a few years ago, that’s all took for me to become a fan. Sure they’re weird but they’re talented and have an energy that is contagious. I’m loving this song off of their new album, but my favorite will always be “Holding Onto You.”

This week is another trip down memory lane to my dance days. This was the competition performance song the first year I was a competitive team in 5th grade and after dozens of routines since then, this is the one that I still remember the most of.

10.Work, Work it Out
Move Along – All-American Rejects

Ahh the band of my high school days, I miss you guys. This song still gets played at least once every run I go on.

11.Making Me Want to Fall in Love
Fire and The Flood – Vance Joy

You know, if I’m just going to feature Vance Joy every single week anyway, maybe he should just get his own category?

Seriously though, this song… swoon.

Don’t know about the rest of the song, but I’m a sucker for a catchy and quirky chorus.

13.Song That I Originally Loved, But Is Now Overplayed
Jason Derulo

This week I’m talking about an artist, not a song. I really liked Jason Derulo when he first came out when I was in college. The song above was probably one of the most played songs on my iPod for a few months straight. I even saw him in concert when he came to K-State. But lately I just find myself annoyed by his music. Sure a lot of it is catchy, and he’s obviously talented, but it just seems all the same and too much. And don’t get me started on his #bromance with Florida Georgia Line…. Just no. I need a break from his music.

I have so many mean comments, but lets just talk about what’s really bothering me…Christopher?? Man, have a single stage name is supposed to be cool like Beyoncé, Lorde, Bono, Madonna or heck even Kanye. But Christopher? I just don’t get it.

15.Country Pick of the Week
Before You Drive Me Crazy – Wes Mack

Really loving this song from another new country kid on the block that look’s like the Weasley’s had yet another son that we didn’t know about. The music video is a bit overdramatic but its a solid debut song.

I missed The Voice last season because of my move to DC. By the time I was settled in I was just too behind to even attempt to catch up. I am glad to see that they have Gwen back instead Christina, she’s by far my favorite female coach they’ve had. I’m currently still trying to decide if I am going to stay committed. Let’s be honest, the main reason I watch is for the banter between Adam and Blake. And why do they show SO MANY of the no-turn performances? I felt like that was most of what Tuesday night’s show featured. With that said these are few that really stood out to me during the first week of blind auditions. Seems like a lot of country right now, which is my favorite genre, but I’m hoping and assuming that will eventually balance out. These were my top 5 favorite performances from Week 1. There were a few others who could see myself potentially liking more later on but this is my picks for this week.

We Don’t Have to Take Our Clothes Off – Ellie Lawrence

So, what have you been listening to this week?

Linking up with these blogs today! 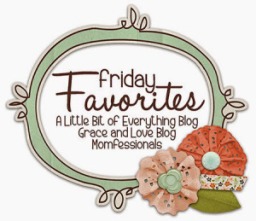 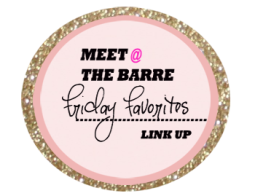