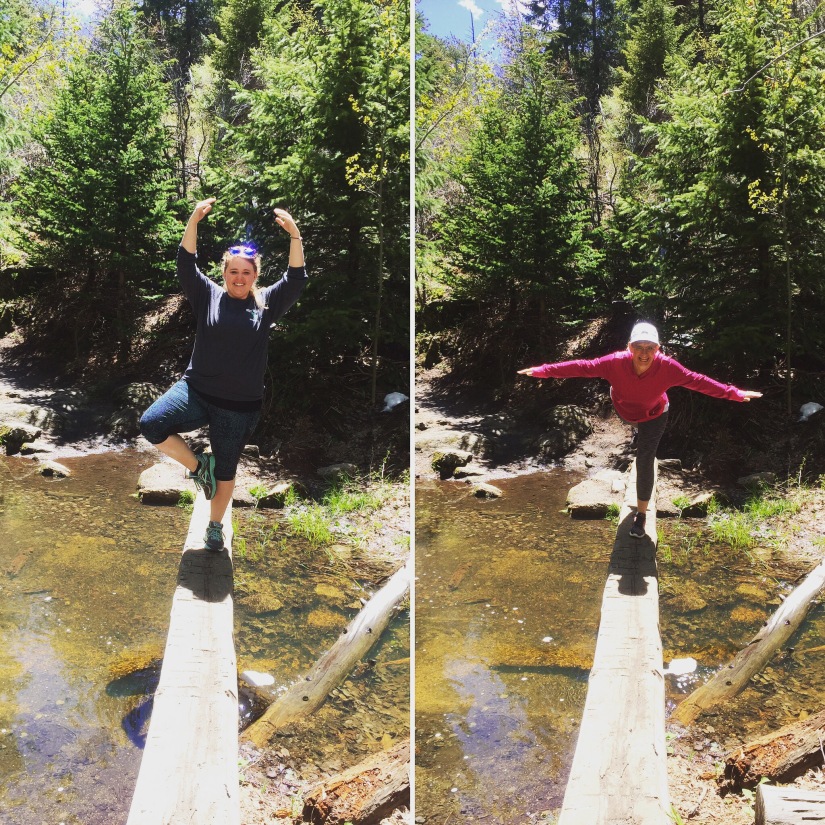 During the last week of May, I was in Estes Park, Colorado for a work trip. My mom tagged along and we tacked on a few days for a mini-vacay, which included a great hike to Gem Lake.

Lately the girls from my young adults bible study have been making lots of plans together. Earlier in June, a few of us did the Billy Goat Trail near Great Falls, which was a bit more challenging than I expected… but such a beautiful day to be outside and chat with these girls who have added such a positive light to my life lately.

This last weekend we had a laid back girls night hosted at my place and then spent another afternoon at Quattro Goombas Winery for wine slushies (insert all of the heart eye emoji’s here) and awesome pizza. The location also has a brewery and a great outdoor space.

Earlier in June, I made a quick work trip to Kansas for the National Festival of Breads. Yes, it was a awesome as its name sounds. The festival is hosted each year by Kansas Wheat, and brings together eight finalists (that competed against hundreds!) to compete for the title. The festival also features a small trade show, a demonstration stage, a kid’s interactive section, a BBQ, live music and more. I spent the day of the festival taking pictures and enjoy a “few” samples! This event is a great way to showcase the diversity of bread and the quality of U.S. wheat.

Obviously since I was in Kansas, I made the most of my down time by catching up with friends that I don’t get to see nearly enough. 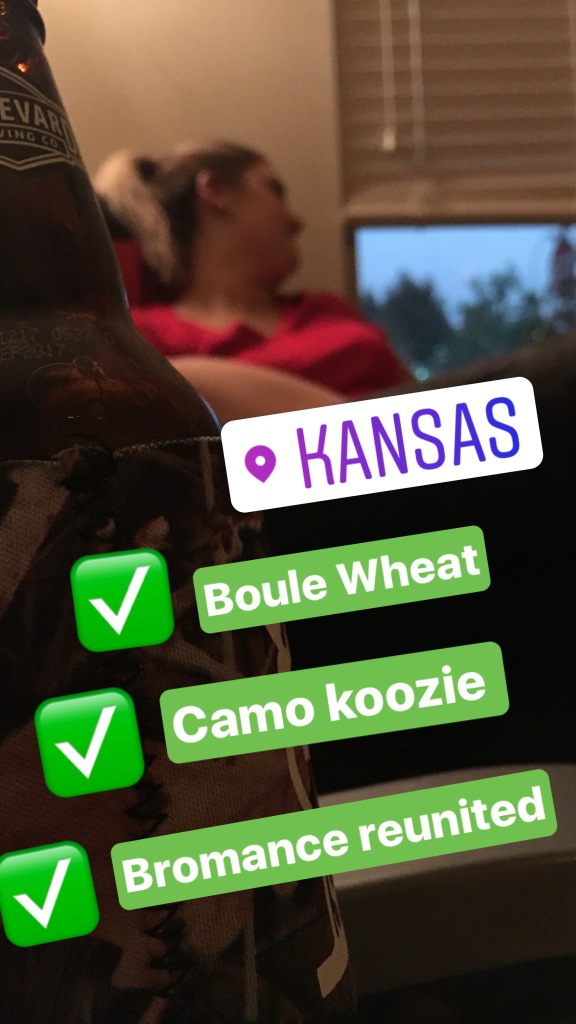 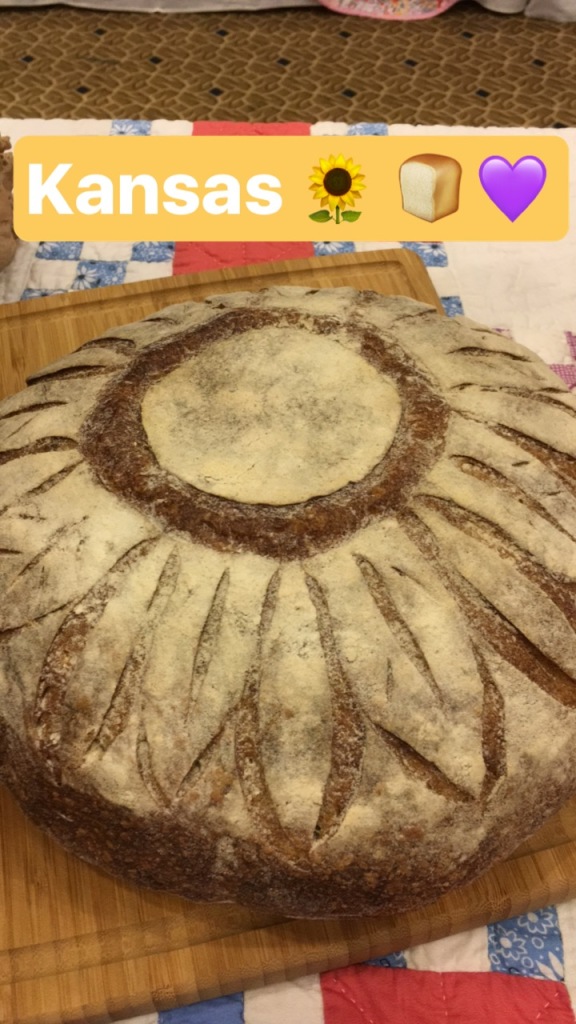 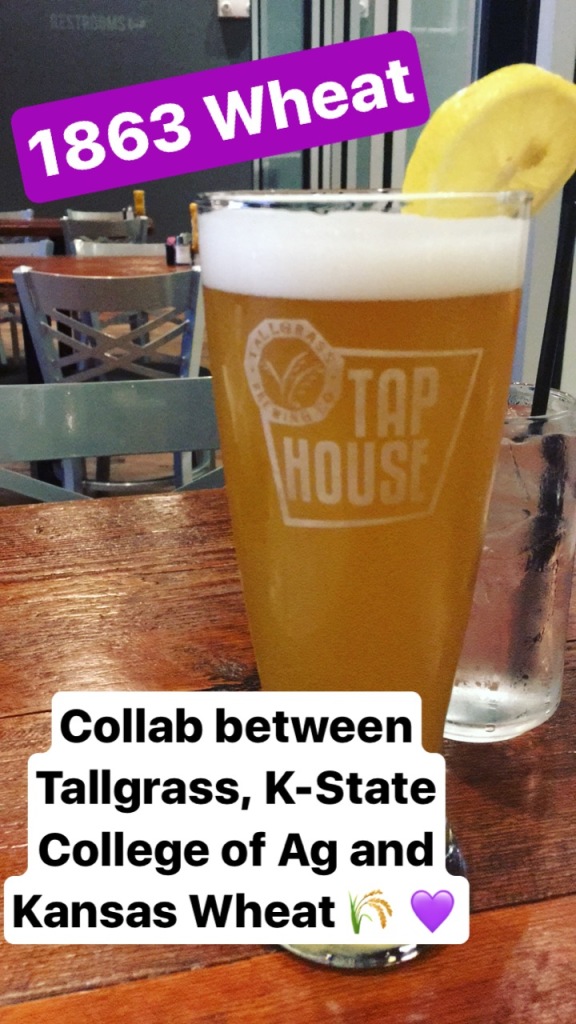 So many of my favorite things wrapped up in one. If you visit Manhattan and appreciate a good wheat beer, you NEED to try 1863 Wheat at Tallgrass Brewery! 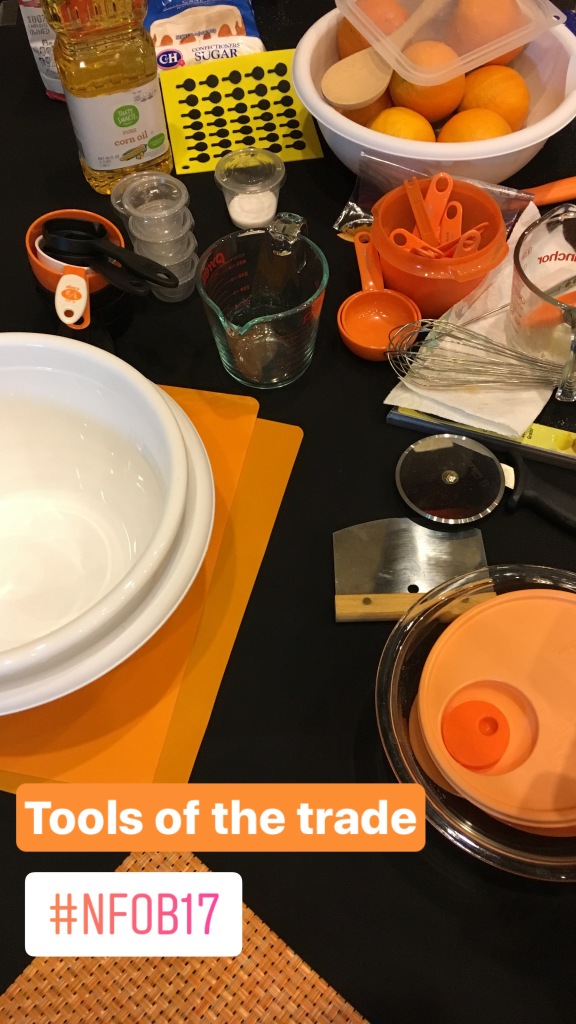 Considering I just saw Leah, Ryan and Robin a month ago in Colorado,  I was so happy that they made the drive from Topeka (on Father’s Day nonetheless) to see me again. It doesn’t look like it but I swear Miss Robin was happy to see me…

During my trip to Kansas in I spent a day out on a farm in central Kansas that was in the middle of wheat harvest. In my mind there are few things more beautiful than a wheat harvest. I took lots of great pictures and shared them in a separate blog post.

I have probably watched this at least 6 times now.

A few snippets (and Snapchats) of life lately.

Pictures from home make me happy, especially when they include my sister and my favorite little guy Wesley. (Also, super jealous she got to hang with him for the day.)

Sugarloaf Mountain Winery is so picturesque, and their wine is pretty good! Enjoyed a lazy Saturday afternoon there. 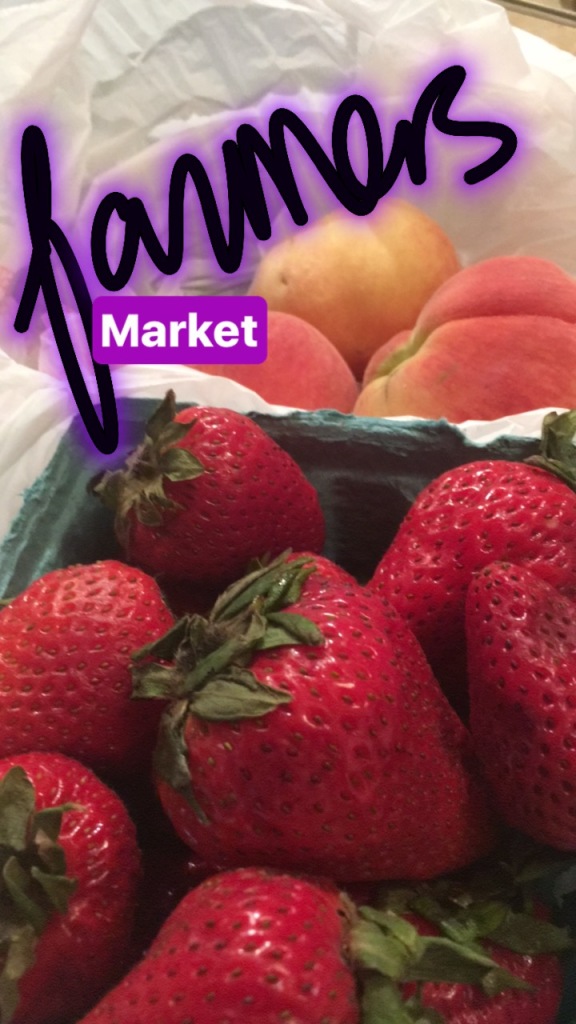 Missed out on getting a group picture, but my work took an afternoon for an outing and enjoyed a Nationals game together. 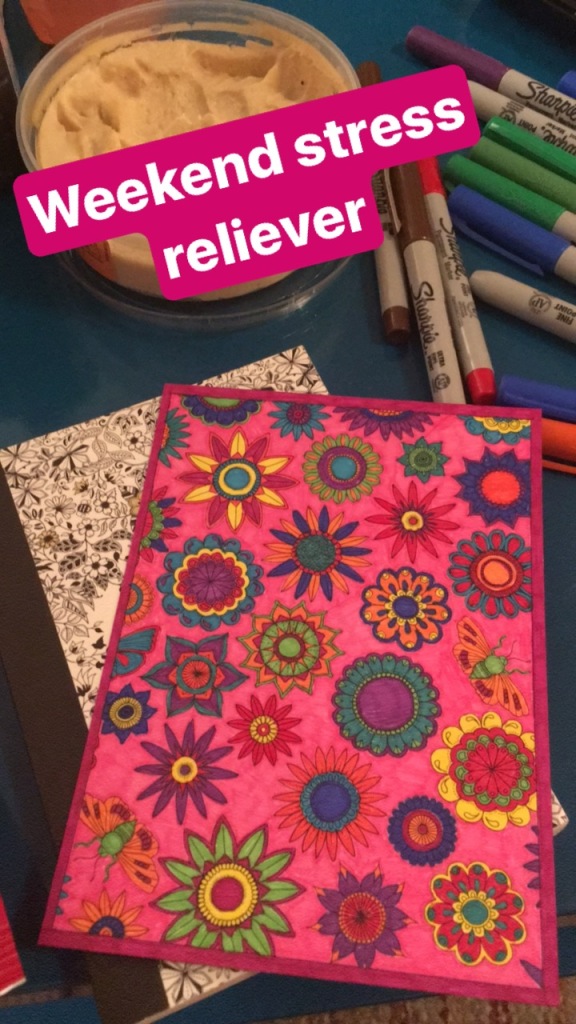 These adult coloring postcards are my new favorite stress reliever.

My Life in Memes

Memes that are speaking to me right now… both thought provoking and just plain funny. 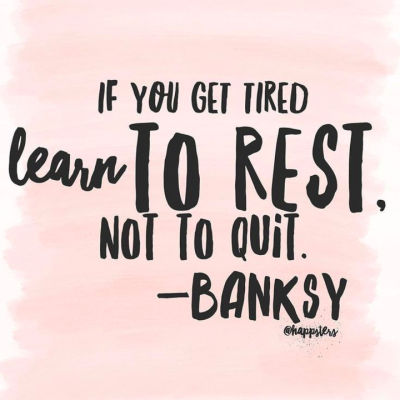 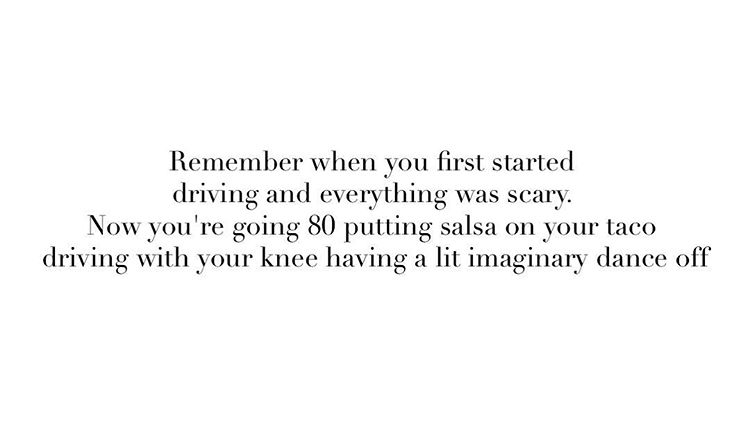 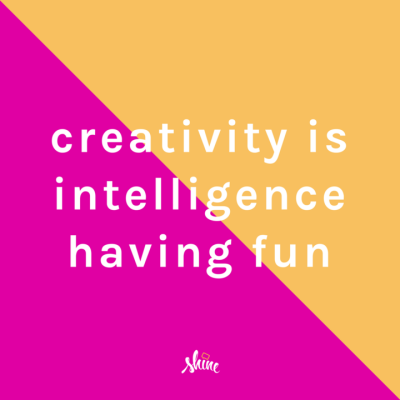 Man, I am tired.
I was planning on getting this “So There’s That” out LAST Friday before my weekend started, but here I am on the following Thursday and struggling to wrap it up.
This past weekend I road tripped down to Blacksburg, VA, home to Virginia Tech, to visit my good friend Chelsea.
Chelsea and I lived together at Smurthwaite Scholarship House for two years at K-State and she was my “big sis” in the house. I have always felt so lucky because while some big and little sis pairs do not really connect, mine has turned into a life long friend. Chelsea is a PhD student and invited me and Katie, another K-State friend who lives in Baltimore, to come down for the spring football game. It was a FULL weekend, complete with girl talk, tailgating, complaining about undergrads, crab ragoons, watching an entire season of Archer and a REALLY bad sunburn for me. Note to self, wathcing live golf scoring on a computer is almost just as nerve wracking as watching a live, fast-paced sport.

Last week my sister, a senior playing golf for the Lewis-Clark State Warriors, played in the Frontier Conference Championship. Although her team did win the regular season championship, they still had to win the tournament in order to go to nationals in Georgia (which I would to traveled to). Unfortunately they came up a little short and placed second. But I am still so proud of Janci. She attacked this season with hard work, commitment and a good attitude. I know she was pretty sad to have played her last tourney as a student-athlete, but I know she is so thankful that she pushed herself to that level.

And she didn’t lose by any means. She was an 2nd Team All-Conference player, a Academic All-Conference student-athlete and at the tournament she was recognized with the Champion of Character Award for the season.

3. Welcome to the World Robin Michelle! 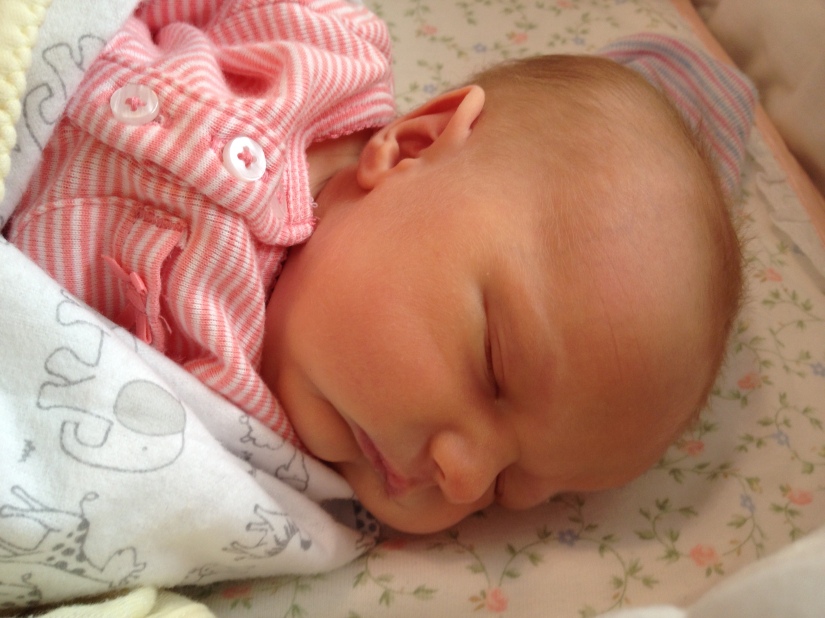 One of my best friends and freshman roommate, Leah finally welcomed her little beautiful little girl into the world on April 4! I am so excited for her and Ryan, and can not wait to hold her when I visit Kansas at the end of May! 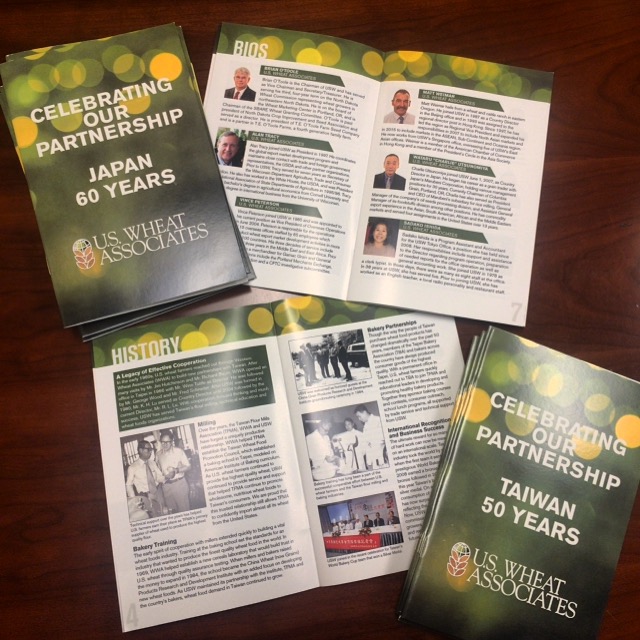 I am always so excited and a bit relieved when I project that I put a lot of thought and hard work into turns out how I envisioned it. Two of the overseas offices for the organization that I work for are celebrating 50 and 50 years this year and these two commemorative programs were used at the celebrations that took place earlier this month.

In my next life, Melissa and I are going to be BEST FRIENDS.
I have been a super fan since her early days on my all-time favorite show Gilmore Girls and it has been fun to see her career take off. Her recent Lip Sync Battle with Jimmy Fallon officially replaces this one with Joseph Gordon Levitt as my FAVORITE.

Speaking of Gilmore Girls, I am REALLY trying to convince myself that I do NOT need to buy this retro fan art for my new apartment. I am trying to downsize and simplify… but the jury is still out on this and the other two posters I stumbled upon on Etsy.

Sometimes you just have to let go.
When I was maybe 15 or 16 my Aunt Michelle was recorating her living room and let me have this huge canvas of Marilyn Monroe. For whatever reason I always loved this picture, and so it hung in my room through high school and once I moved out of the scholarship house at K-State, Marilyn made her way across the country to become a part of our random college decor. My roommates pretty much hated her, saying that she was creepy. But over time she became the best conversation starter and a bit of a roommate joke (hence why we referred to the picture as another person and not an object.) When I moved to DC I did not really have room for her so she went into storage underneath my bed. I am getting ready to move again to a new apartment next month and decided that it was probably time to retire her.

This should not be THAT funny.
But it was enough for me to screen shot it and send it to 5 other people.
Someone in grad school has way too much time on their hands…
#easilyamused

Guys, maybe it is just because I grew up on most of these movies, but these videos are seriously really cool! I knew what countries quite a few of them were based in, but others were a bit of a surprise. Ariel in The Little Mermaid is Danish? Who knew!

A couple of weeks ago one of my new DC friends Elissa joined me, my co-worker and his group for a fun afternoon at Drink the District, a beer and wine festival.
Despite the chilly temps in April (love my new beanie!) fun was definitely had.
Lots of fun.

I’ve explained my love for James Corden before…

And now I am officially obsessed with his Carpool Karaoke segments. My favorites include Adele, Sia and both of the Biebs (#noshame). This link below features and ranks each of the guests that have participated so far:

Yo James, when you are ready I have a list of requests for you to consider.

Quotes that I have saved to my phone lately.

I refuse to talk about the elections on my blog or social media. There are already enough people blabbing on and on about it. But regardless of who you are backing, you have to admit that this is at least a little amusing. 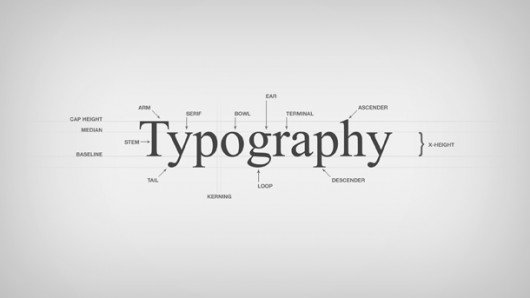 This is a great resource regardless of your level of expertise in design.
Read HERE.

15. On the Road with Wheat Foods Council

This is fun way to learn about wheat foods in the United States!

Seriously. Though. Put. This. On. Repeat.
Of course I also loved his performance with his wife at the ACM Awards.

My office takes the Men’s NCAA March Madness tournament serious and yours truly ran away with the win. Thanks for the loss Michigan State. 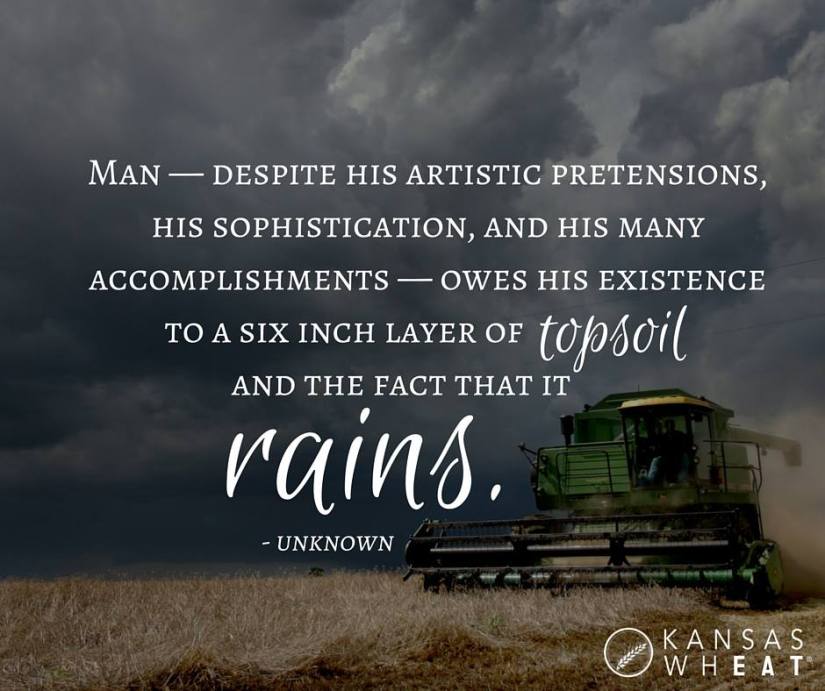