After our self-guided walking tour ended, we still had about a week left in Italy. Our first night was in accommodations that were still a part of the tour, which was a nice hotel on Borgo Pio. This was a fun street very close to the Vatican with lots of restaurants that had tables set out in the street which was mostly closed off from cars. On our first night my Mom and I took some time to just walk round. For the two other nights we were in Rome we used VRBO to find a small apartment that could comfortably fit our group of seven. I’ve only used AirBnB in the past, but I thought we had a great experience with VRBO in Rome and in the two following cities we visited.

Other than the afternoon we arrived, we had one full day in Rome for exploring and an additional morning. I’m going to split up my pictures from Rome into two posts.

I’ve always said that I could eat these kind of plates every day and not get tired of it, and after this trip that is definitely true! 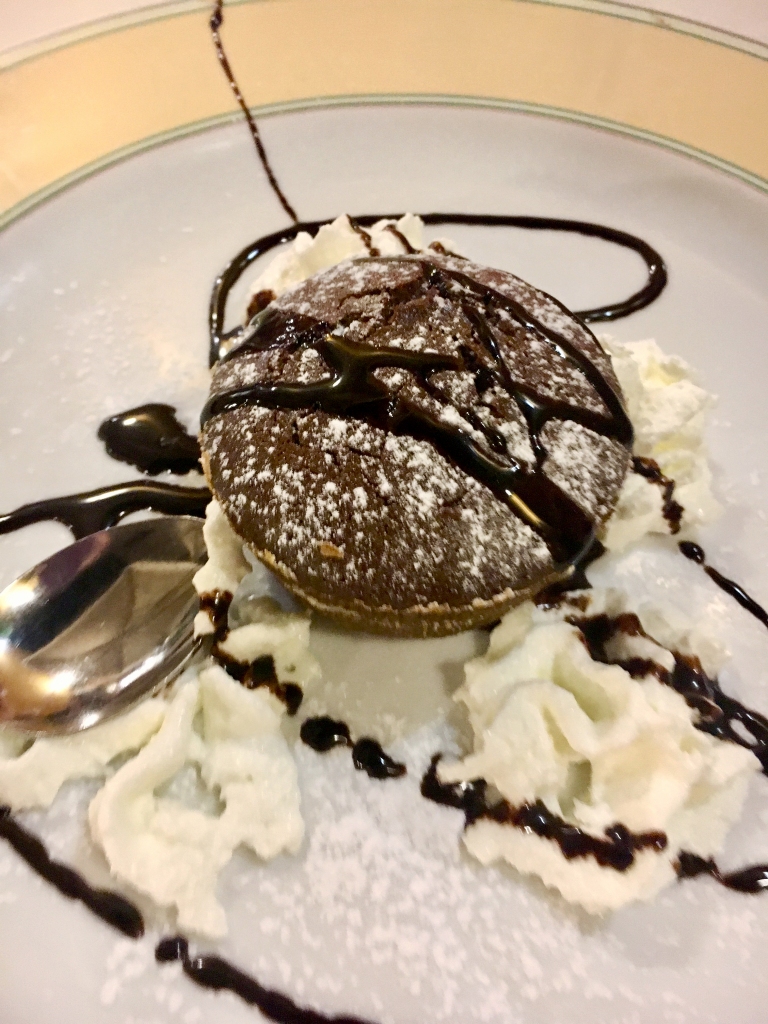 The rooms in our hotel were all so different, but my grandparents had the best one. This is just a small glimpse, but essentially the whole room was painted like this! It was so pretty. And for my Grammy, who is an artist herself, this was a fun stay.

Grammy and Mom. Can you tell they are related? 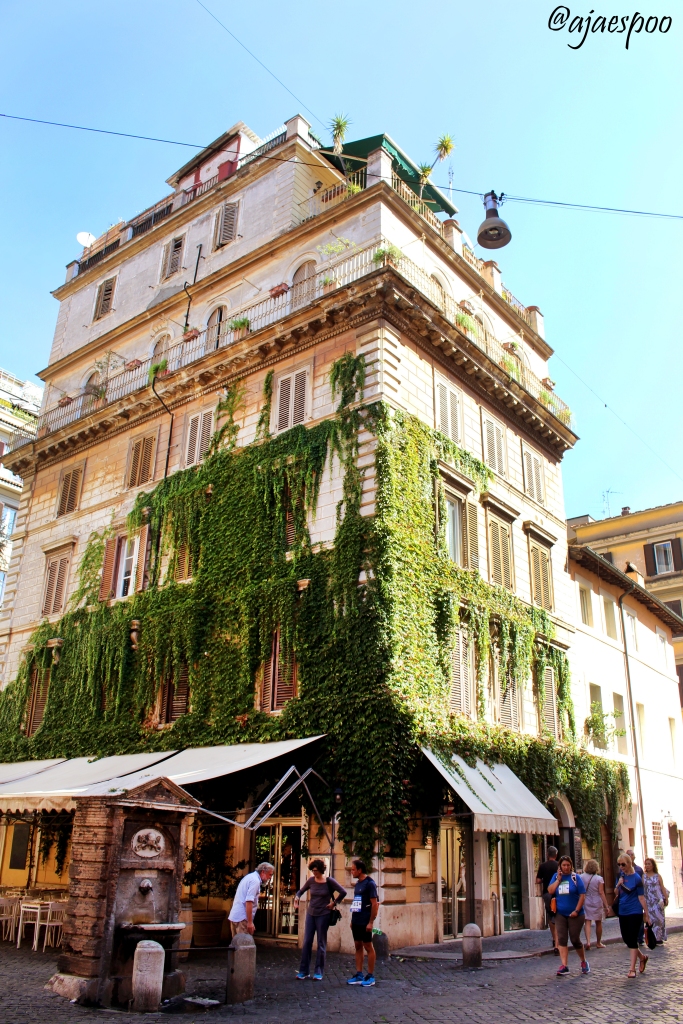 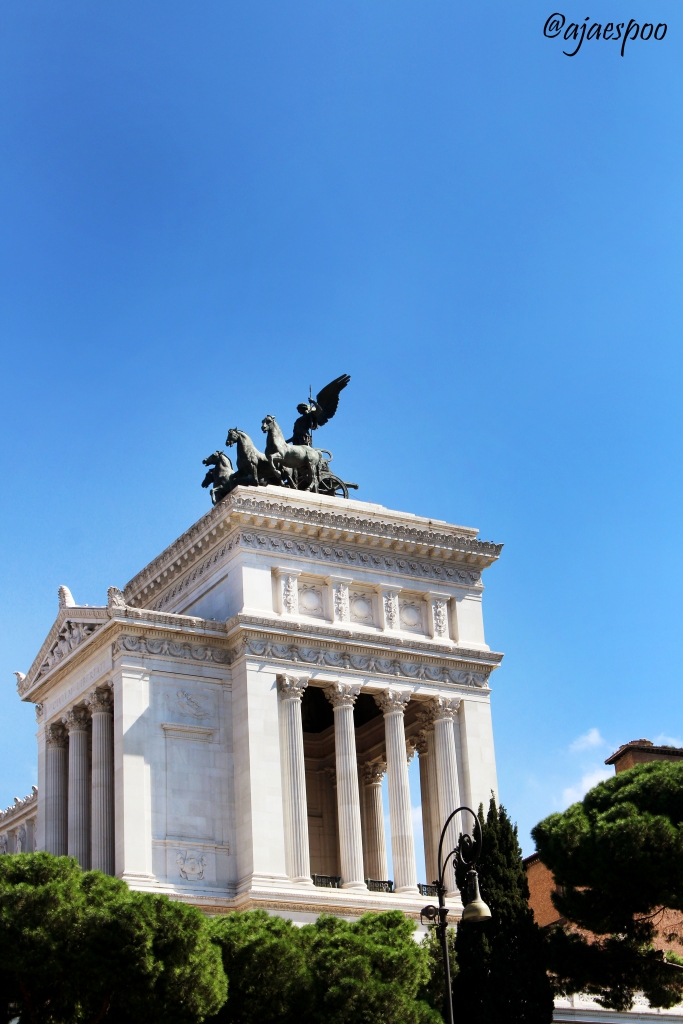 We didn’t know what this was when we came up on it, but after some help from trusty Google, I think it is home to the Museo Centrale del Risorgimento (a research institute) and the Sacrario delle bandiere (an army museum). Regardless it was beautiful! 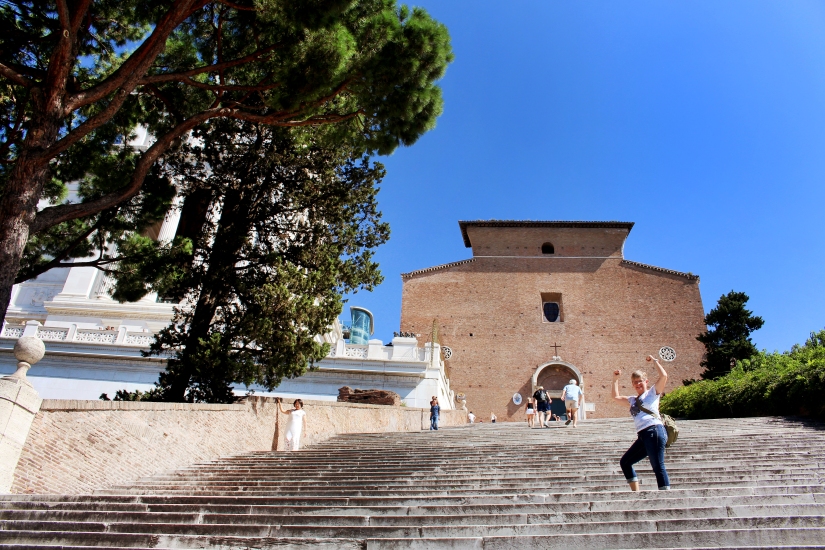 My Mom and Grampy decided to tackle these insane stairs while the rest of us went around another way. We thought we’d connect with them sooner, but it actually took them on a little detour through the Basilica Dell’ Ara Coeli.

Meanwhile, we hung out for a bit on the Campidoglio, a square designed by Michelangelo and lined with museums and a statue of Marcus Aurelius, a Roman emperor from the 2nd century. 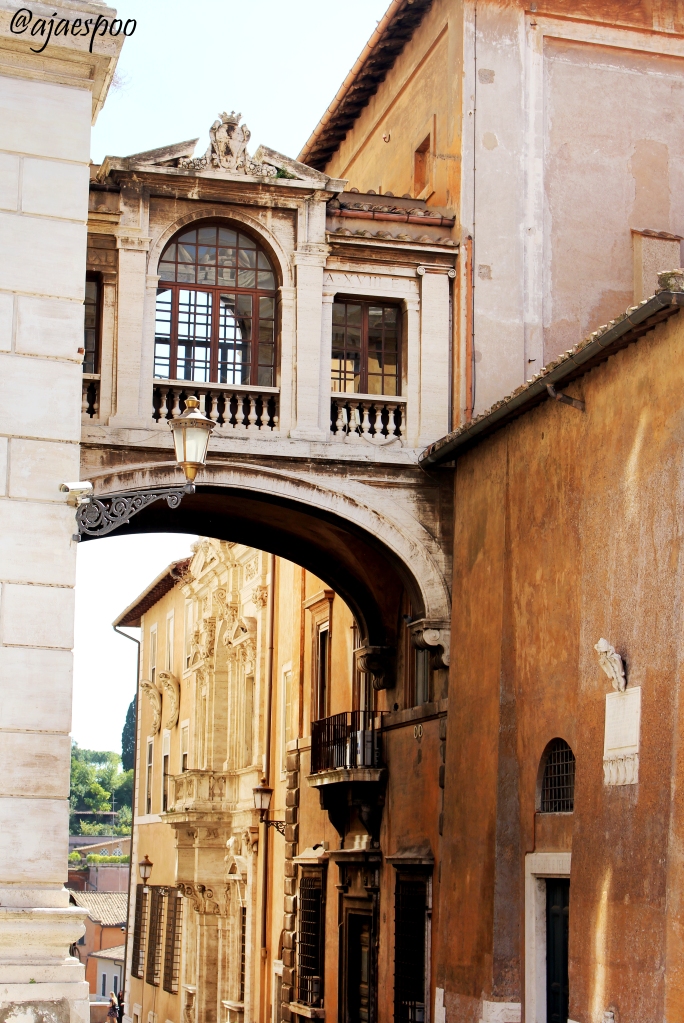 This area is called the “Roman Forum” (forum meaning plaza or square) and holds the ruins of several ancient government buildings, including a prison and a basilica. This was a hub for religious and public life in ancient Rome. We didn’t have the time to explore this area and learn more about it, so it is definitely on my list if I ever go back to Rome. But it was still beautiful to walk by.

We didn’t do much planning ahead and arrived at the Colosseum in the early afternoon when there was already long lines, so we opted to pay a little more to “jump the line” with a small tour group. I know generally when traveling, people say to avoid things like this because that’s where you end up spending more money than you might have originally planned. We didn’t super plan out the second half of our trip after the walk because we just didn’t know what we would feel like doing and decided to take our second half of the trip day by day. So honestly, this option was the best for us. We decided we wanted to do a tour and paying to jump the line meant that we could do more later in the day. But I would say, if you were planning a trip just to Rome, or at least had multiple days there, buying your ticket online and/or going at a less busy time would be the better option.

Anyway, I thought the Colosseum was incredible and am really happy we did the tour. I felt like I remembered enough Roman history from school to apply it to what I was seeing and it just amazes me to see something built that long ago to be standing today and full of so many stories.

The Colosseum was commissioned around AD 70-72 by Emperor Vespasian as a gift to the Roman people and opened in AD 80 with 100 days of games, including gladiatorial combats and wild animal fights. After four centuries of active use, the arena fell into neglect, and up until the 18th century it was used as a source of building materials. Though two-thirds of the original Colosseum has been destroyed over time. It measured some 620 by 513 feet, had seating for more than 50,000 spectators and three stories of arched entrances supported by semi-circular columns.  (Source: www.history.com)

The “floor” of the area would have been level with where you see tourists on the opposite end of the photo. The tunnels and structures in the middle are where the slaves and animals were kept underneath the main level. 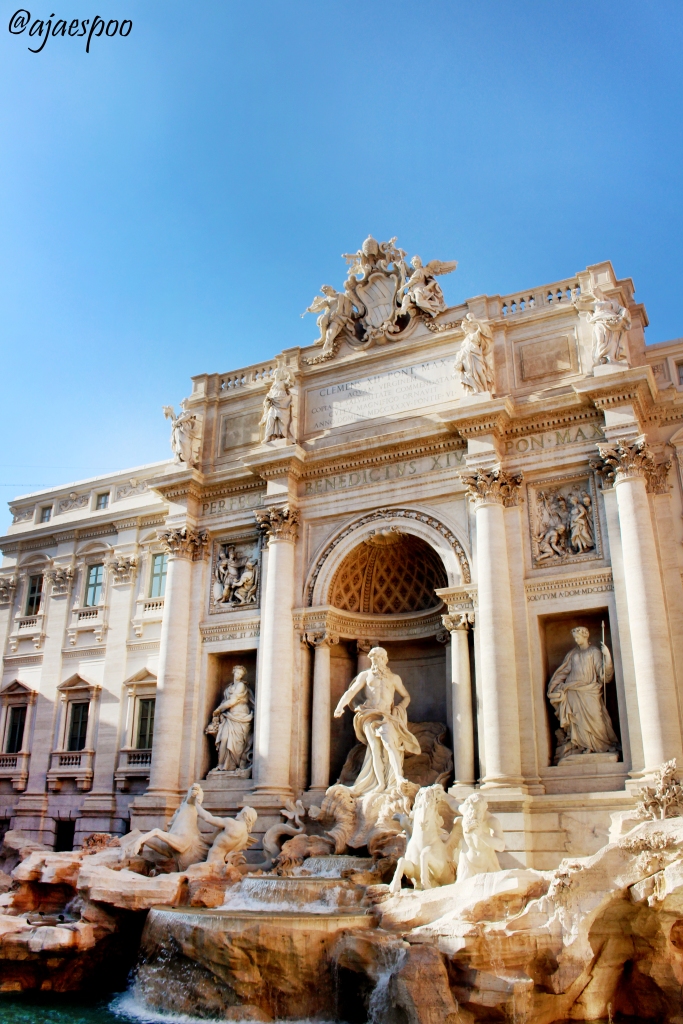 After the Colosseum, we walked over to the Trevi Fountain (Fontana di Trevi) which was beautiful! It is the largest Baroque (a highly ornate and extravagant style of architecture from the 17th to mid 18th century) fountain in Rome. The legend is that if visitors throw a coin into the fountain, they are ensured a return to Rome. I think I had read that before our trip, but to be honest, by the time we made it here we were pretty worn out for the day and the crowd was pretty heavy, so we didn’t stay long. So hopefully I still make it back someday 🙂

I’ve read since then that the coins are collected each day and given to charity. I don’t know if that’s true, but that is pretty cool if it is.

Rome is such a beautiful city and we didn’t even scratch the surface of all the things there is to see and do.

I’ll be back soon with another post on Rome and our visit to St. Peter’s Basilica and the Vatican Museum.