My portion of the trip was fifteen days and I’ve been asked quite a few times whether that was a good length or not. There is always more that you could fit in with more days, but at the pace we were going, 15 days was good. I’m not sure I would have wanted a longer trip unless we scattered a few lazy days in the schedule. When we were planning the trip and my Grammy suggested we plan this day excursion, our thought was, “we’ll enjoy an easier day of riding in the car after so many days of walking all day long.” And yes, it was a bit of a shorter day distance wise but I’d still say that we were pretty exhausted by the end of it!

On this day we used a service named Viator to book a day excursion. (We used this same service for our island hopping day in Thailand!) We were picked up in our own private passenger van at the front door of where we were staying and they drove us to each of our destinations where our tours and meals were already booked and paid for. We had a driver and an English speaking tour guide that stayed with us throughout the day and we also made pit stops in the morning and again in the afternoon before they dropped us back off at our front door. The tour guide, Anna, was around my age, fun and very good at her job. The price was fair considering what was all included, we always felt safe and overall I couldn’t recommend this service enough! They operate around the world, including in the United States, so I might have to look into what they offer next time I’m visiting a new city.

Our first stop was to Pompeii, which was around a 2 hour trip south of Rome. I was so excited for this tour, but honestly, it was even better than I had anticipated! Once we arrived we were joined by another group of 4 that were doing the same day excursion. Together we had our own tour guide, an older, quirky man, for a 3 hour tour of the site, and though it rained on us a little bit and the uneven footing was not the relief I was hoping for for my ankle, it was such a great experience.

The history of Pompeii is something I remember pretty well from when we studied it in school growing up. Pompeii was an ancient Roman city that was destroyed by the eruption of Mount Vesuvius in 79 CE. It was covered so quickly in ash (19 to 23 feet!) that it was preserved for centuries before it was discovered in the 16th century, marking the start of modern archaeology and becoming an unique source of history about that time. Here’s a link for more history. The city was quickly covered in an estimated 19 to 23 feet of ash and debris. Kind of crazy to think about! Pompeii was home to an estimated 10,000 to 20,000 people. The unique, but saddest part of the eruption was how quickly it took those lives, either from falling debris or asphyxiation, and preserved the bodies. A few times the tour guide had pictures was what they think different areas around the city might have looked like back in that time. I think the most amazing thing to me was how the art was preserved. 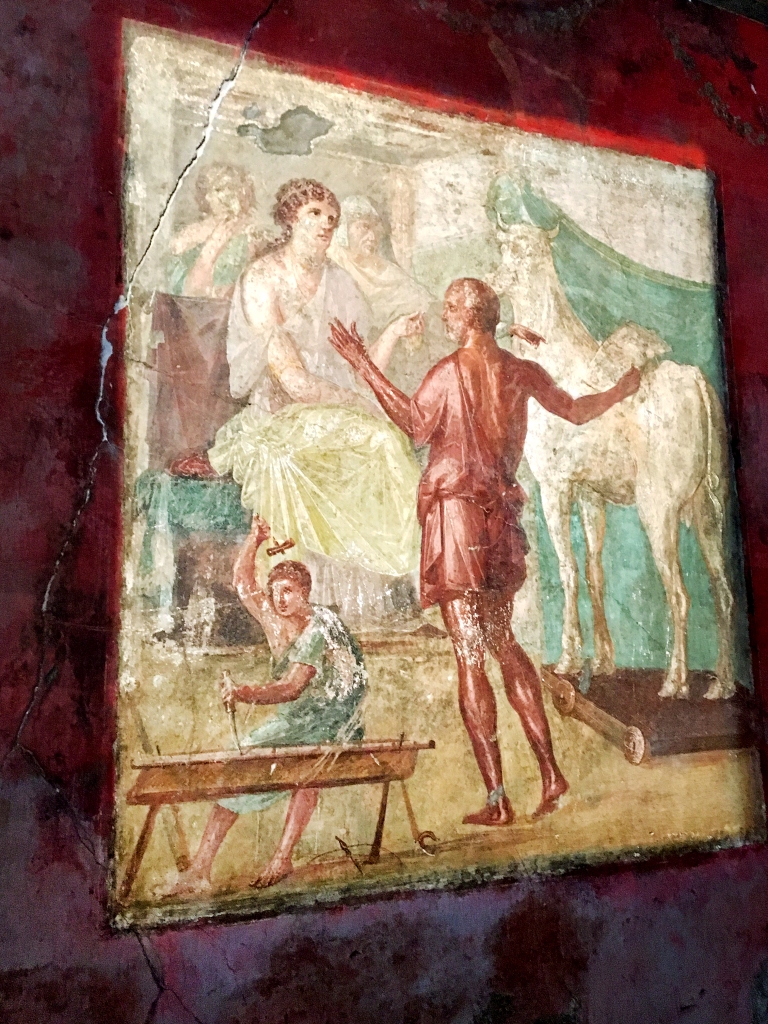 The site is still an ongoing archaeological site. These people were literally piecing the floors back together! I hate puzzles so this is crazy to me! I would highly recommend making this tour part of any travel plans to Italy, especially for families! I know I first learned about Pompeii in elementary school and how cool would it be to visit at that age!

After Pompeii, we met back up with our driver and guide for lunch. Now all my Grammy had told me was that our lunch was included for the day, but she didn’t tell that it was going to be at a winery!!

I obviously love wine, but back in college I took a wine tasting class as an elective and ever since I’ve also been really interested in wine culture, food pairing and production. Going to a winery was the one main things that I thought was missing from our travel plans so this was a pleasant surprise.

Everything about our visit was wonderful. The winery, Bosco de’ Medici, also included a nearby resort, but our location was small and quaint. Our tour guide told us that the high level of ash in the soil created very unique flavors in the food and wine produced in the area, and I’d agree that everything we tried was wonderful. I chose my favorite wine from the tasting and bought a bottle to bring home with me and save for a special occasion. 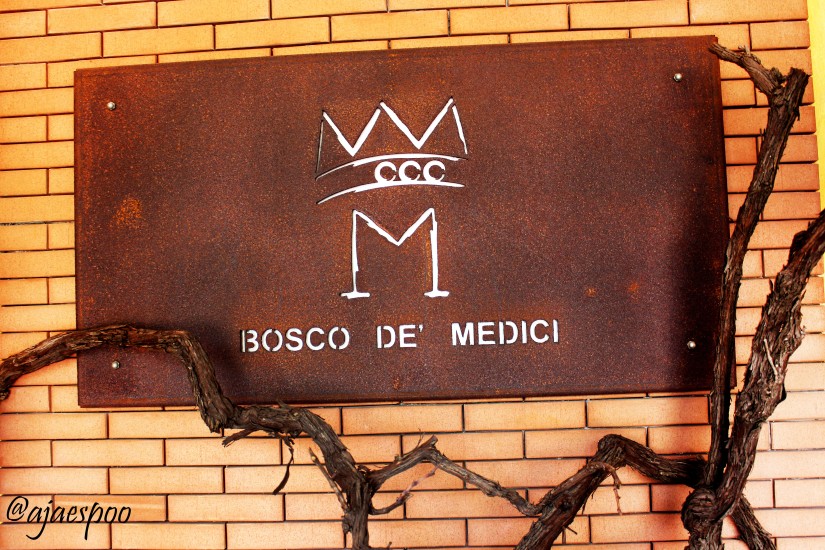 Our last stop of the day was a quick visit to Naples along the Almafi Coast.

The company that we used for our walking tour also had a route along the coastline that we almost chose to do instead. My grandparents have had this area on their bucket list for a while and I’m sure that they will try to make it back for a longer visit. We had so much fun on this day trip!

Thanks for stopping by! I’ll be back soon again with my LAST TWO posts!