Every two years or so, my organization holds a World Staff Conference (WSC), bringing together staff from all of our 15 offices that are located around the world. Our most recent WSC was August 2019 in Barcelona, Spain! For this trip, I also brought along my mom for a vacation after the conference was done and my friend Jodi, who was also attending the conference as a consultant, also joined us for a few extra days. As usual with my travel journals I have split up my blog posts in a way that made most sense to this particular trip. Enjoy!

Park Güell was another one of the top suggestions of “must-see’s” when I was doing my research planning for this trip. And again, we were not disappoint. My mom and I took this on solo one afternoon after buying our tickets online ahead of time. I would advise doing the same because those tickets for set for a specific entry time and once you are inside the park you can stay as long as you’d like. But if you just opt to get in the ticket line it could possibly be a long wait.

Park Güell was originally supposed to be a community of 60 plots for homes built for the wealthy in 1990. Property owner and entreprenuer Eusebi Güell gave his friend, architect Antoni Gaudí (the same architect behind the La Sagrada Familia), the assignment to design the property. As of 1914, one two of the houses had been built and there were difficulties selling the plots and carrying out the complex vision for the property. From there is became a large private garden until 1926 when it opened as a city park after the city purchased it. It would later be recognized as an artistic monument and UNESCO World Heritage Site. Gaudí’s house that was on the property is also now a museum. 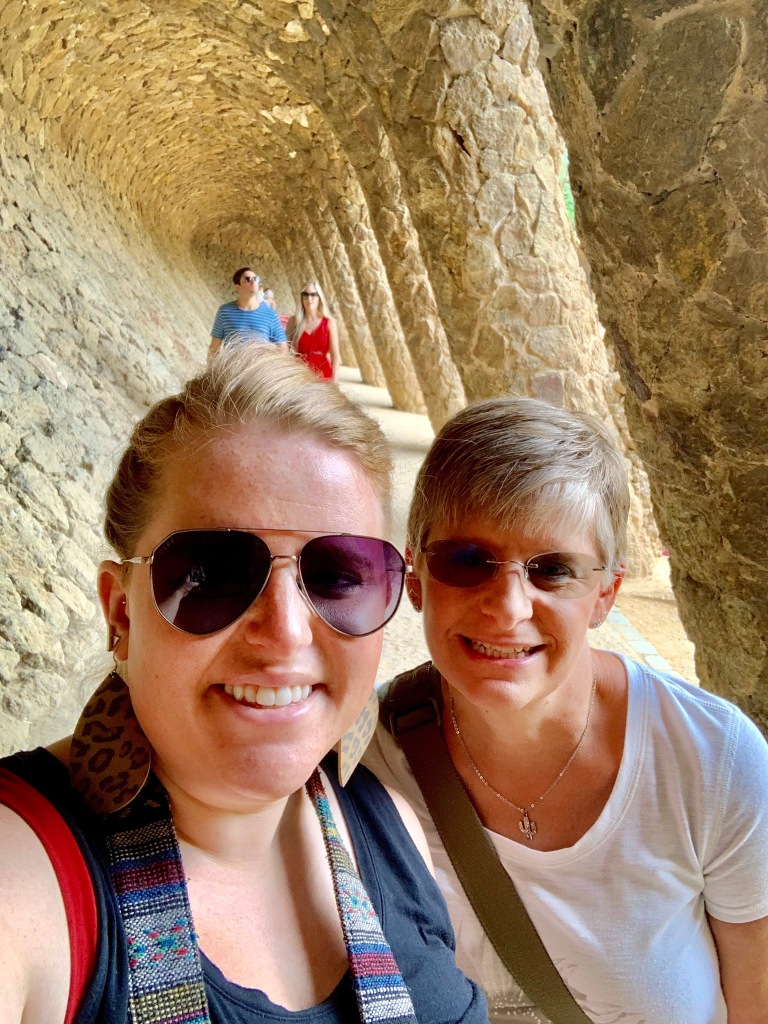 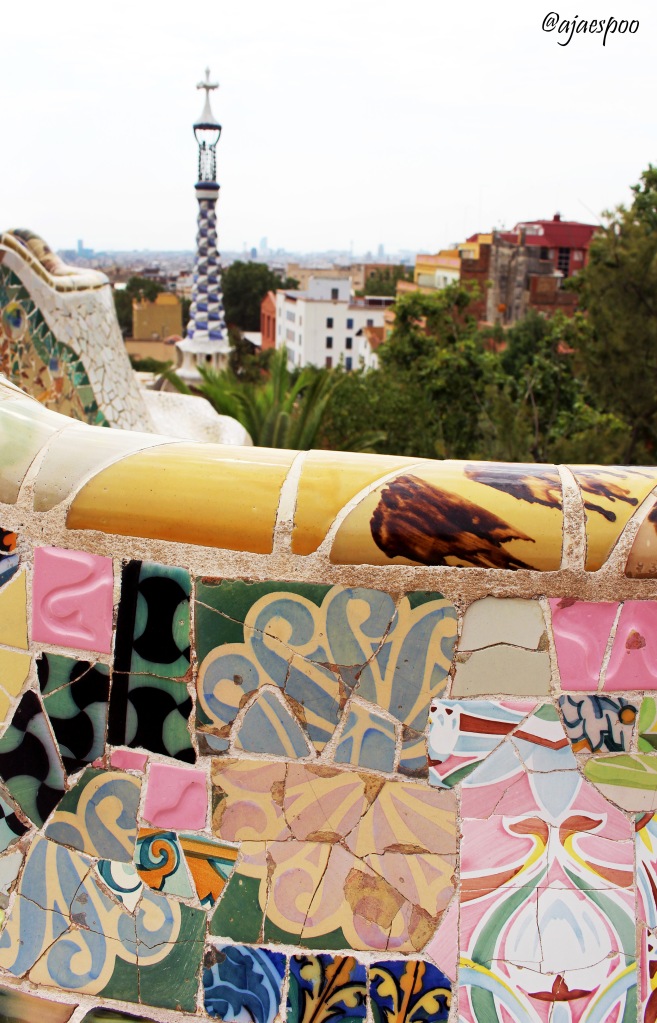 This view right here is what I saw all over Pinterest. Unfortunately it was kind of a gloomy day so the lighting was awesome for pictures but it was still beautiful. 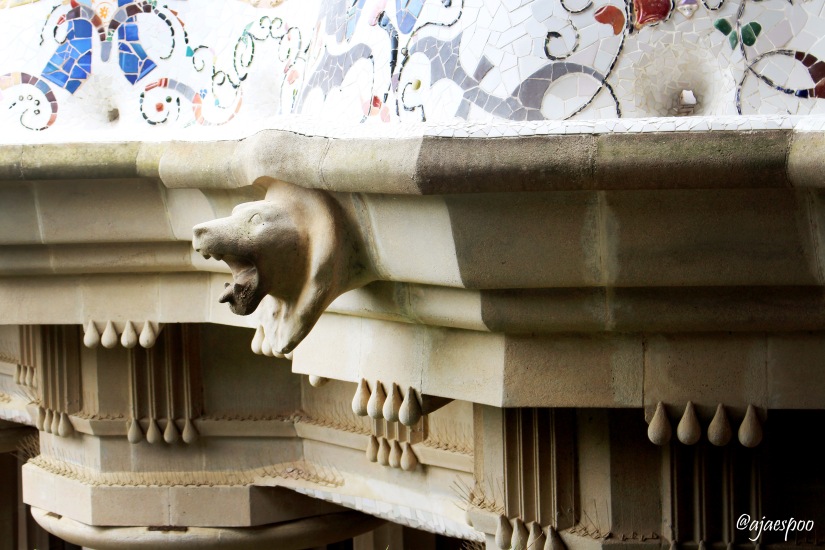 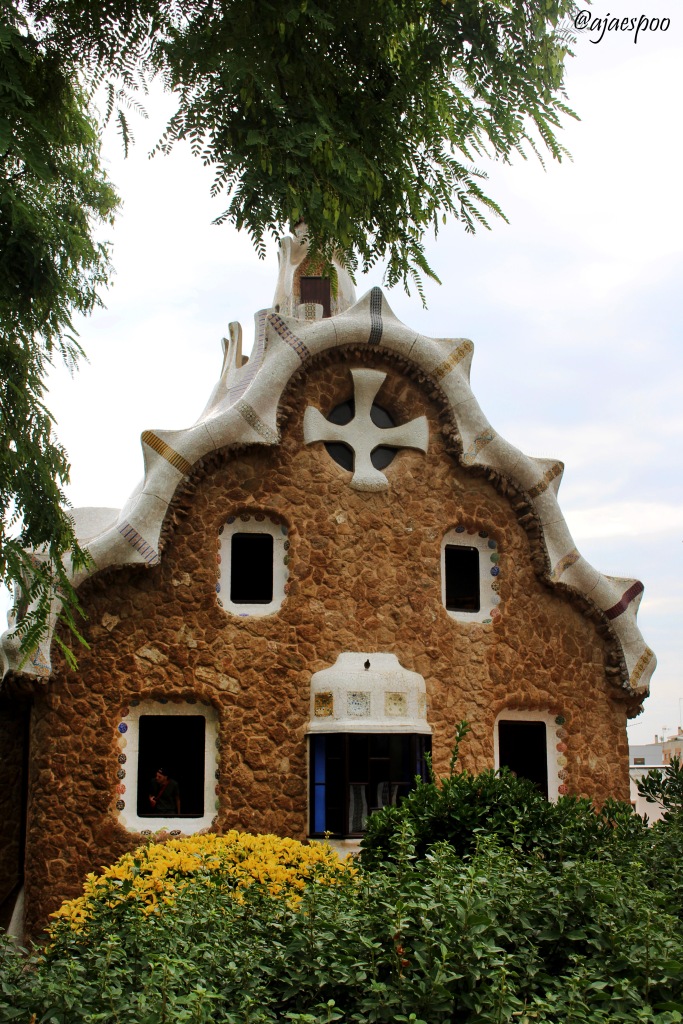 These columns are what hold up the colorful overlook/bench seating from my pictures above. 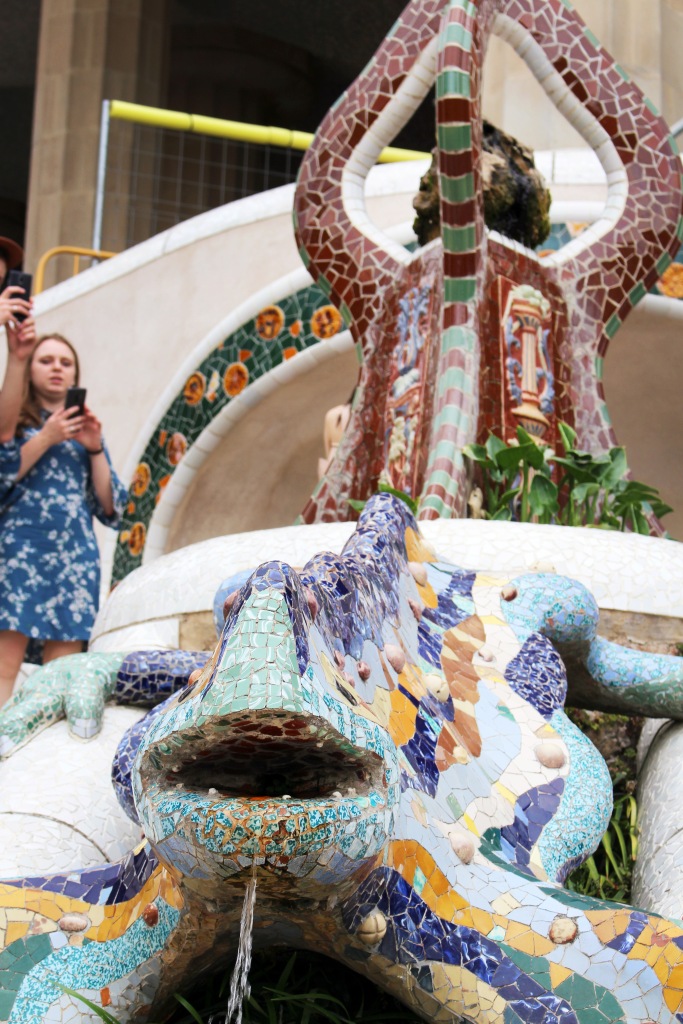 Outside of the walls of Park Güell itself, is a larger city park where there are more trails and things to see. We decided to take the small trek up to one of the high points for a beautiful view of the city!

Looking a this view, you can see the La Sagrada Familia in the first third of the picture with the construction cranes the stretch just past of the break of the horizon line. Our apartment was just two block from there.

Alright, I’ll be back soon with my LAST post from this trip, which will be all about our trip out to Montserrat.

Thanks for stopping by!