So I spent a few days sorting through all of my pictures, and friends, I never claim to be an amazing photographer, but between pictures that I think are actually pretty great, stories I want to tell and things that are more for my family and just creating a journal for our trip… there are SO MANY pictures that I want to edit and share. I tried to narrow things down and combine multiple days in single posts but at this point I don’t think that is going to work. So settle in, there are quite a few more posts on deck!

Alright, so once we all flew in to Rome and met up, we hired a car service to drive us North to the city of Rieti. With a population of 47,7000, Rieit is the captial of the province Rieit and is in what is referred to as the Lazio Region. It is also the geographical center of Italy. We arrived in the early afternoon, so after dropping off our bags at our hotel we went back out for food and to explore the city.

The city overlooks the southern edge of the wide Rieti valley at the foot of the Sabine mountains, and has a pretty interesting history. According to legend, when Rome was founded, the Romans kidnapped young women living in this area from the Sabine tribe in order to help populate the new Rome. This led to a war between the two peoples, which later ended once the women threw themselves between the two armies , because at that point there were families intertwined on each side. Other more historical accounts say that the Romans and Sabines built friendly ties over the need for continuous grazing lands. After the Roman conquest of the city in 290 BC, the city of Reate (Rieti) became a strategic point in the early Italian road network, dominating the important salt road (Via Salaria) that linked Rome to the Adriatic Sea through the Apennines. We walked along the Via Salaria at multiple points through out our self-guided walk. That’s just a small piece of what the history section of our guide book shared, but it goes on to share that the city continued to have an important role in the region’s history.

Even though we were all pretty worn out from long flights, I think we all loved Rieti and were happy that we had the chance to explore a bit. With so many different sights, sounds and smells, it was certainly a cultural overload, but a great way to immerse ourselves and kick off our two week trip. 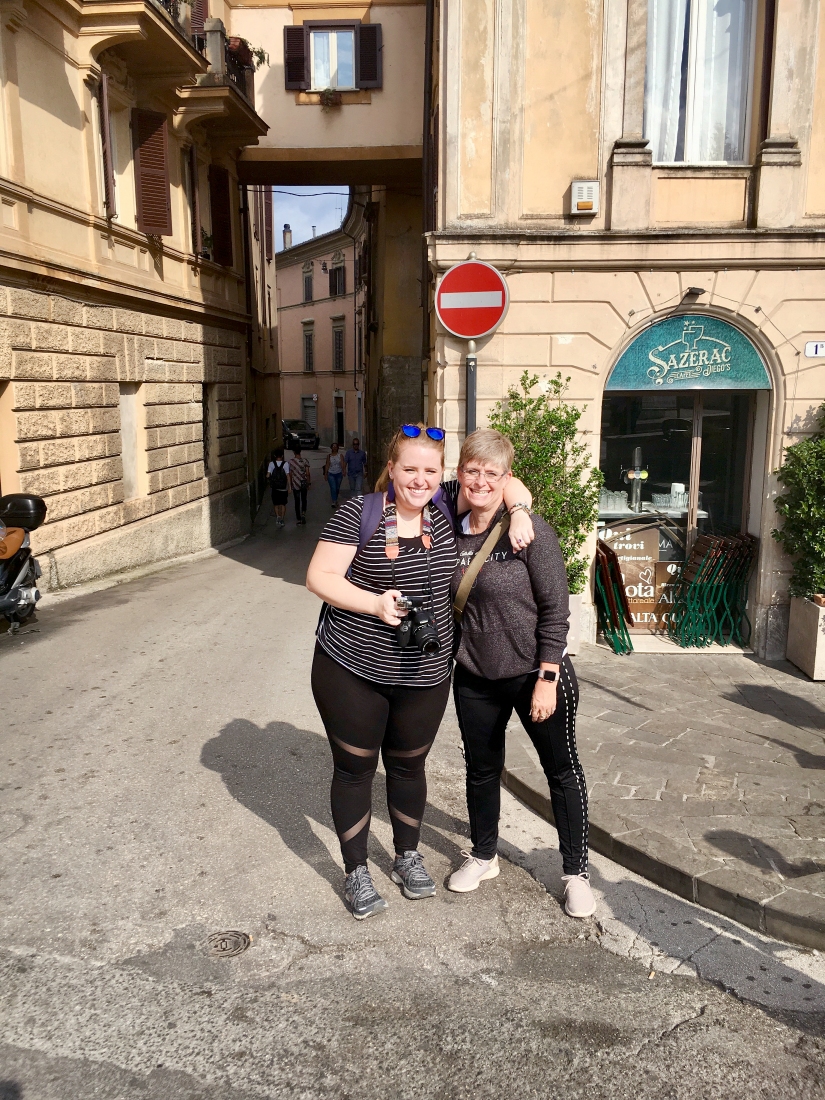 Happy smiles and fresh legs the day before our walk. I was so happy that I was able to share this trip and my overall love for traveling and experiencing new cultures with my Mom. To say that my Grampy loves all things ice cream, gelato, sherbert, etc. is an extreme understatement. This was the first of almost daily stops for a treat. 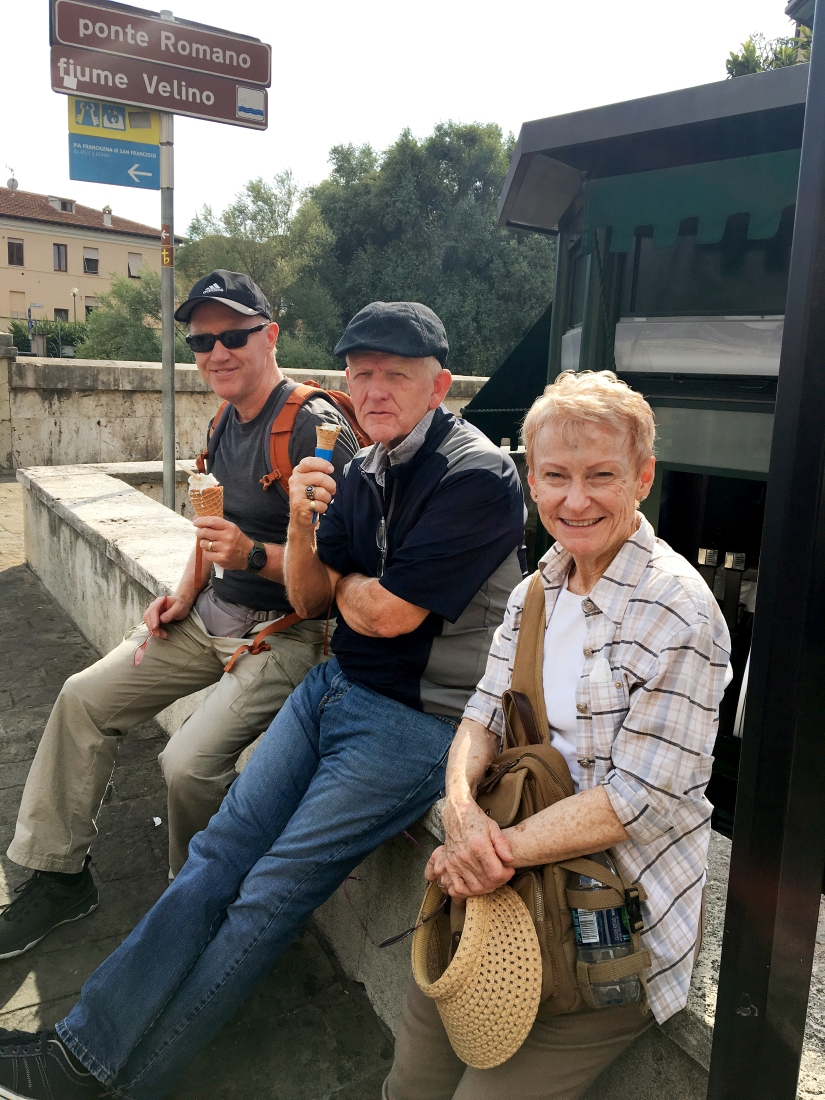 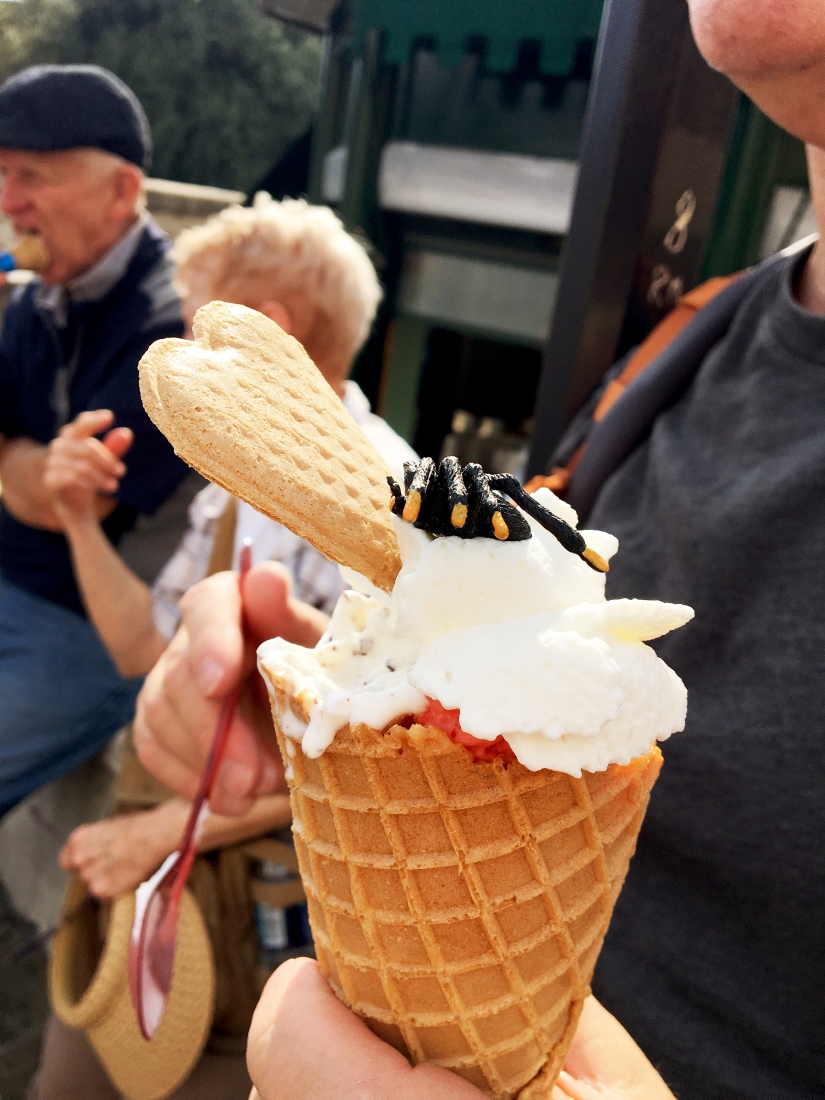 I spent most of the trip looking like the ultimate tourist 🙂 We stayed at the Hotel Europa. Thanks for stopping by! I’ll be back soon with a post about the first day of our walk!