Today I am backtracking to a couple of weeks ago to when my grandparents made the trek out to visit me here in  Washington DC! If you know me, or have been reading along here long enough, then these two should be far from strangers. They dropped everything, (seriously they switched their flight to cut a vacation short) to fly to Kansas to help me move here about 2.5 years ago, when I decided to uproot my life in a manner of weeks. I call them my favorite traveling duo because they are either always on a trip somewhere or planning out their next one (more like multiple at a time.)

Earlier this year they met up with me Thailand for a vacation after I finished up with a work trip there, and it is hands down one of my favorite memories and experiences to date. If you are thinking that traveling with grandparents is boring or slow, trust me, that couldn’t be further from the truth with these two. They have SO MUCH ENERGY and a natural curiosity for adventure. Without a doubt, I was always the most worn out person at the end of everyday. 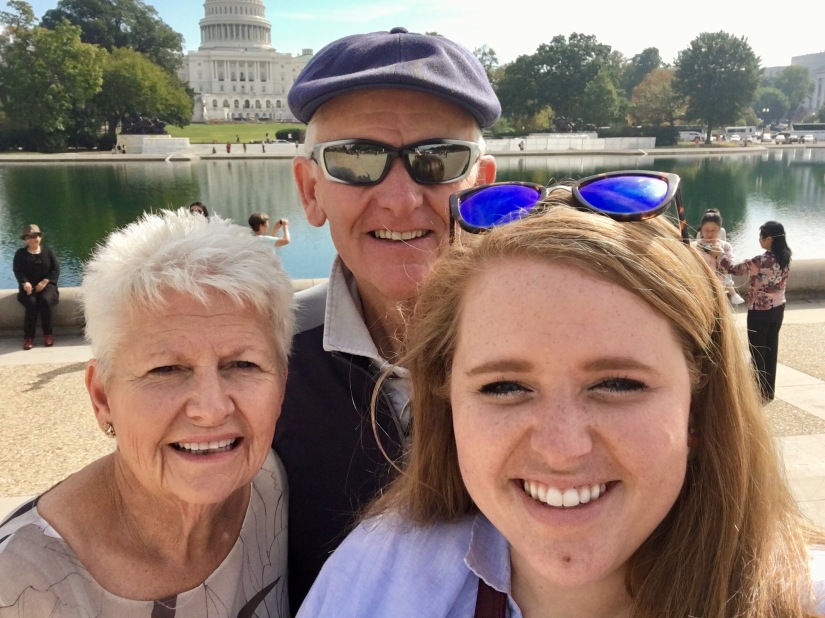 Other than the move, this was my Grammy’s first visit to DC and my Grampy’s second (he came in the early 2000’s for work). My pictures from their visit are sort of random… I only carried around my nice camera to Mount Vernon (because I was hoping to catch the fall colors but it was still a bit early) and because I’ve taken and posted lots of pictures of the DC area before, I more just focused on my time and experience with them. However, I laugh now because looking at the pictures that I do have, it looks like I took on the role of the parent. Every so often I’d say, “here, let me take your guys’ picture,” so most of what I have is just the two of them.

They flew in late on a Thursday afternoon and I met up with them at the hotel after I got off of work. They were able to get a hotel just two blocks from the White House, which is pretty centrally located to everything, so I ended up staying with them throughout the trip. We had a quick dinner and then we went on a night walk to the Washington Monument and the WWII Memorial. 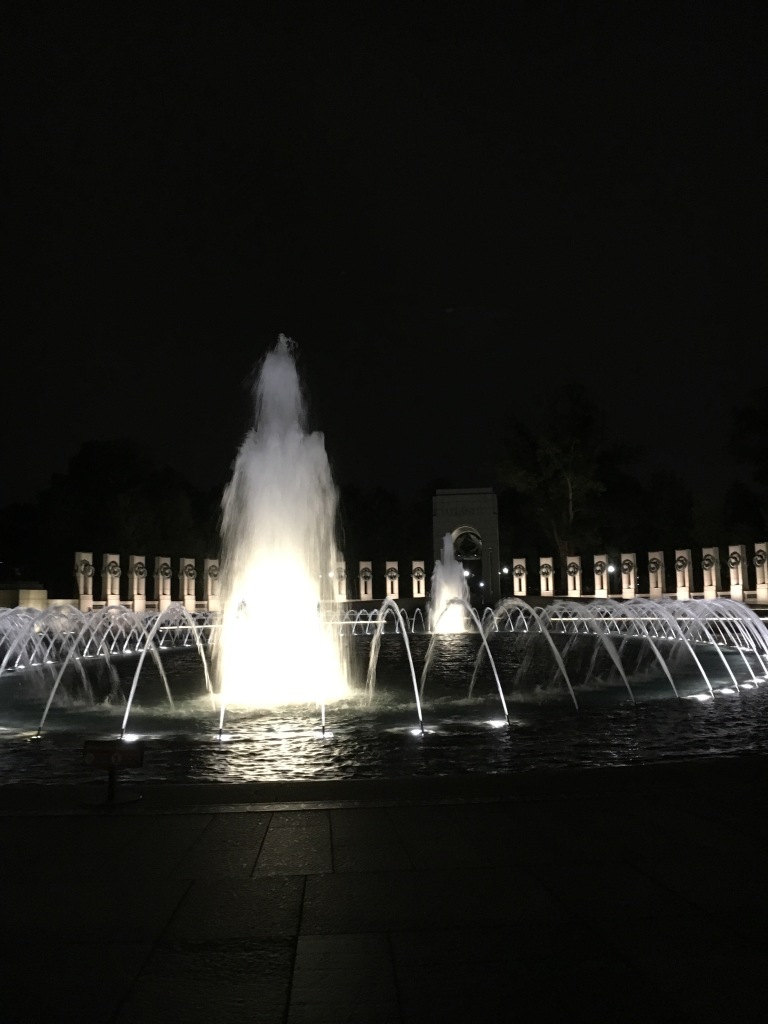 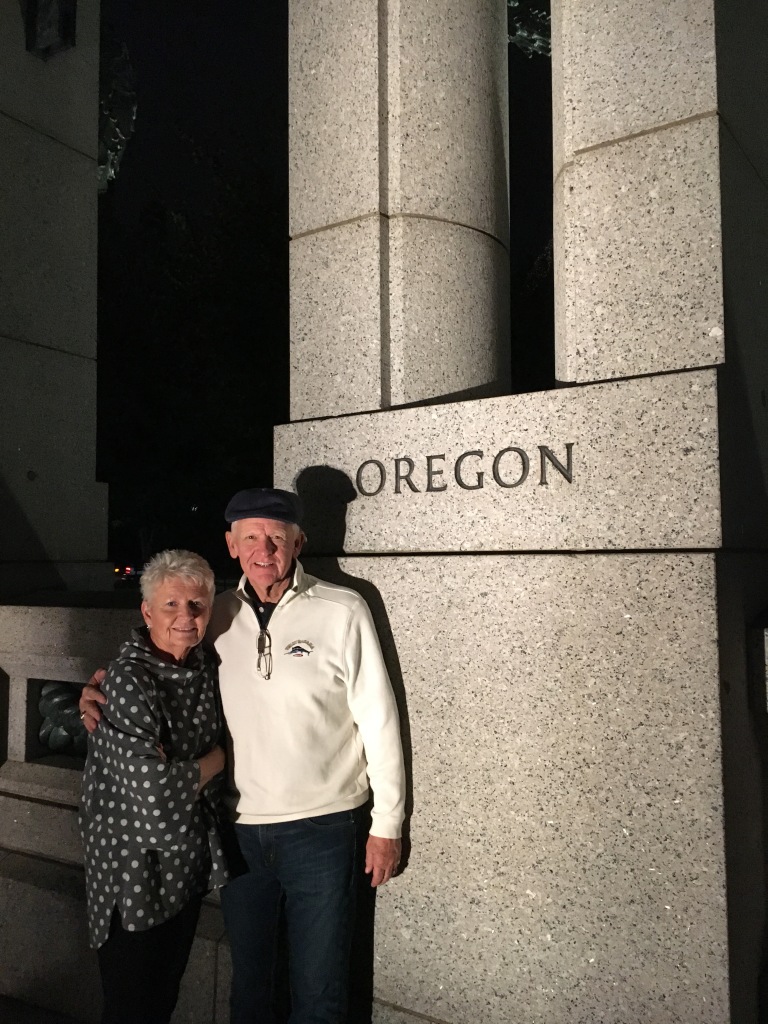 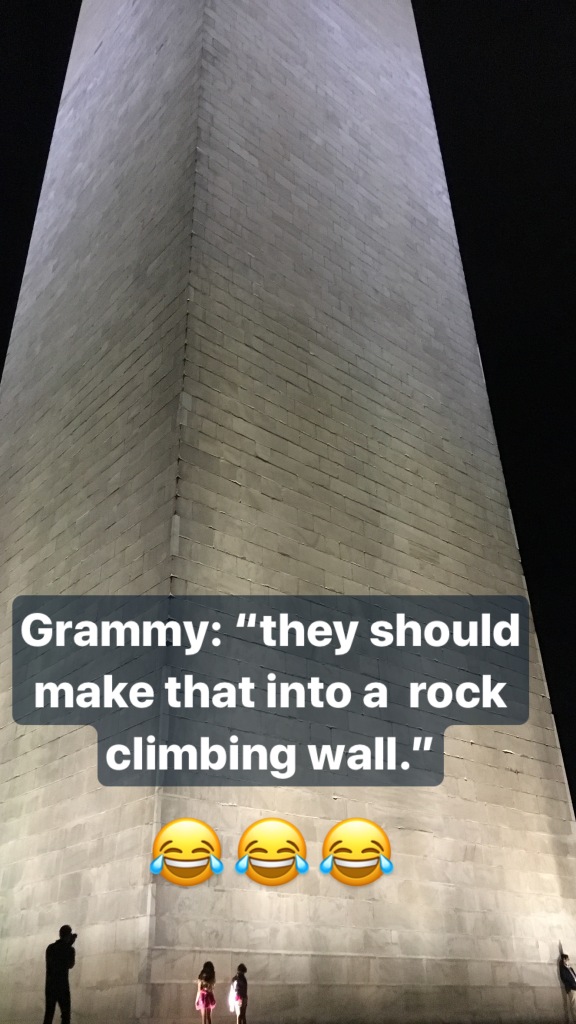 On Friday, we had a Capitol tour scheduled at 2pm, so we started out the day at the popular Old Ebbitt Grill and then walked along to the Mall to the U.S. Botanical Gardens, which sits just below the West Lawn of the Capitol. I knew from when I brought my mom here that my grandparents would also need ample to walk through. (Fun fact: My family’s flower shop, which my Grammy started, is celebrating 30 years this year!) Afterward we stopped for a quick break at a nearby pub to kill some time before our appointment. I scheduled our tour through Congressman Walden’s office, which is my home district in Oregon. Our tour was probably one of the better ones that I have been on at the Capitol (please don’t ask me how many times I’ve done one) and I know that was one of the highlights of their trip. At the end, we were also able to catch up with Walden’s Chief of Staff, who is from our hometown and actually graduated high school with my mom.  After wandering about the Capitol a bit more, we quickly went over to the Library of Congress nearby to check it out for the last 30 minutes it was open. The Library is actually one of the few places in DC that I have never been too yet… and now I am kicking myself for taking so long! For dinner I took them to my FAVORITE restaurant in DC, Cafe Berlin. Afterward we walked back down to the West Lawn of the Capitol to see it at night and then I insisted that we take an Uber back to the hotel because my feet were DONE. 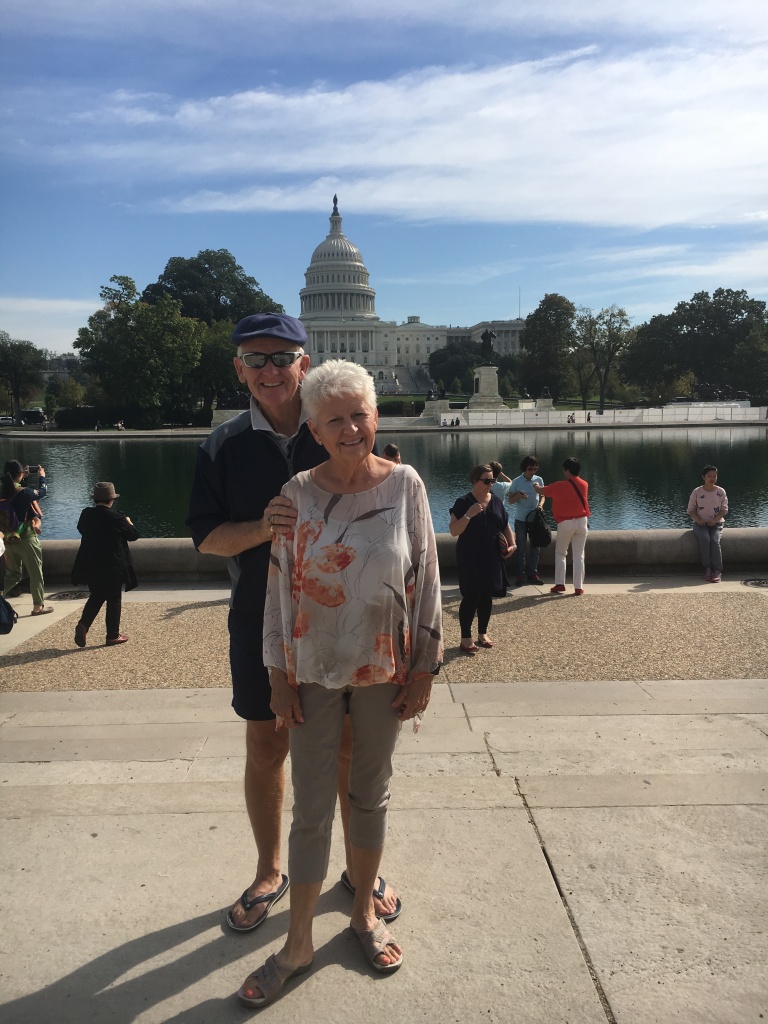 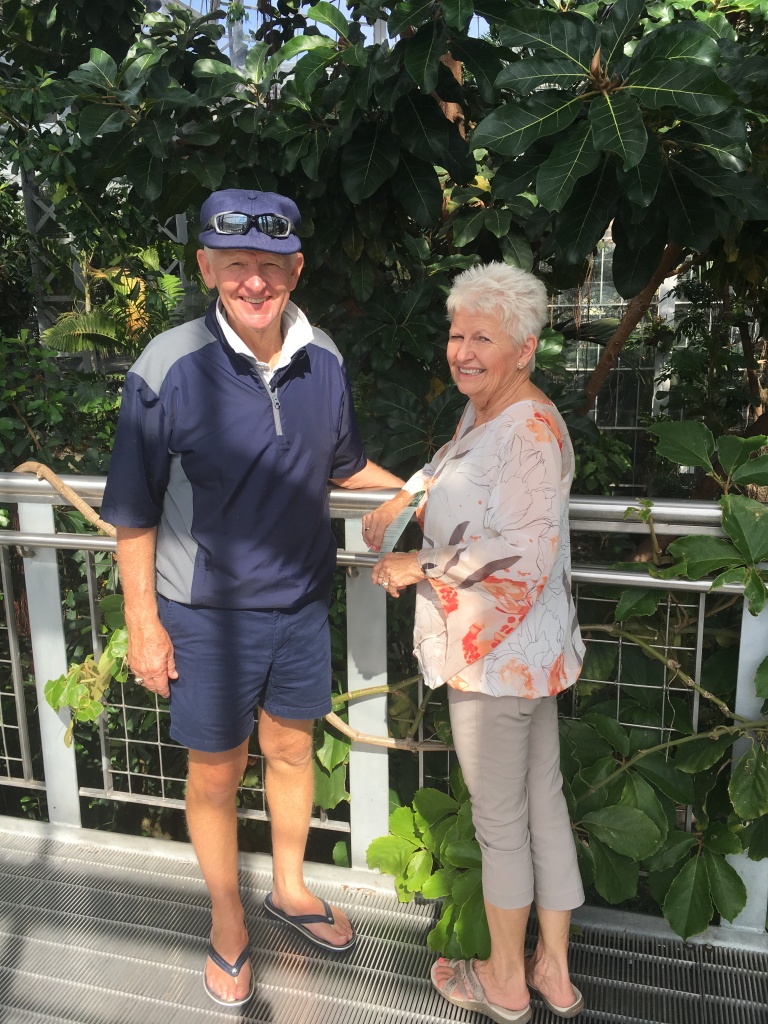 At the Library of Congress.

On Saturday, we got up a bit earlier to go get my car in Arlington and head out to Mount Vernon. You should all know that this is my FAVORITE tourist place to visit in the area and I never get tired of taking people there. We did the typical house tour and then I also signed us up for the extra “Gardens and Groves” tour. If you ever visit Mount Vernon I would really recommend adding on this tour. It was only an extra $6 (approx.) per person, and SO worth it. It was a little over an hour and a half, but it really gave us a different in depth perspective of the history, past just the gardening. We spent a large part of our day here, before returning back to DC. Once back in the District we visited Eastern Market and Capitol Hill Books (I was so excited to take my Grammy here!) and enjoyed some gelato while we waited for the K-State football game to start at our designated bar nearby. The game was a bit of a heartbreaker and left us exhausted by going into double overtime, but regardless, I always love when I get the chance to watch a game with my Grampy. (And kudos to Grammy for hanging in there past midnight with us!) 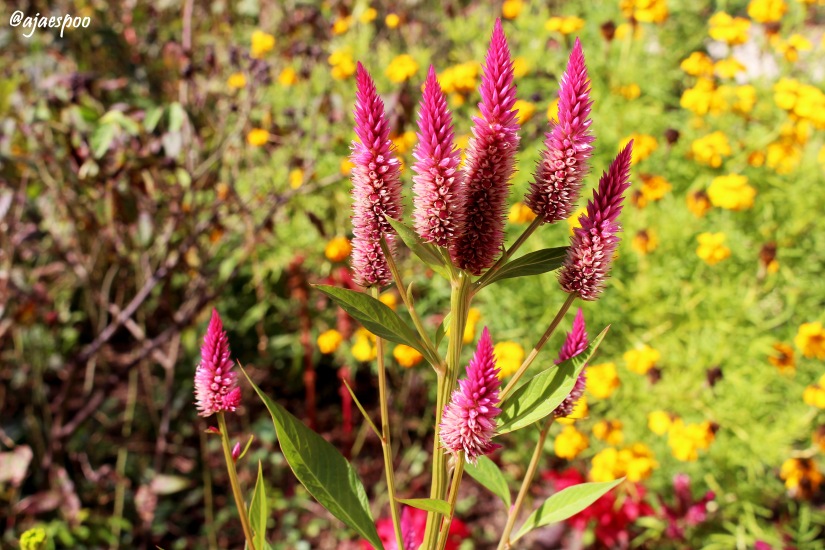 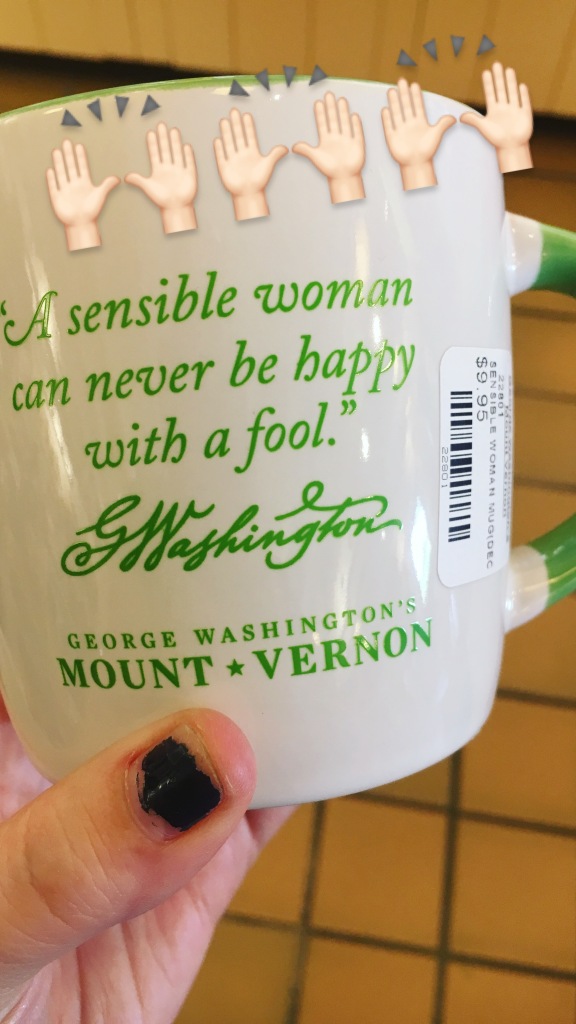 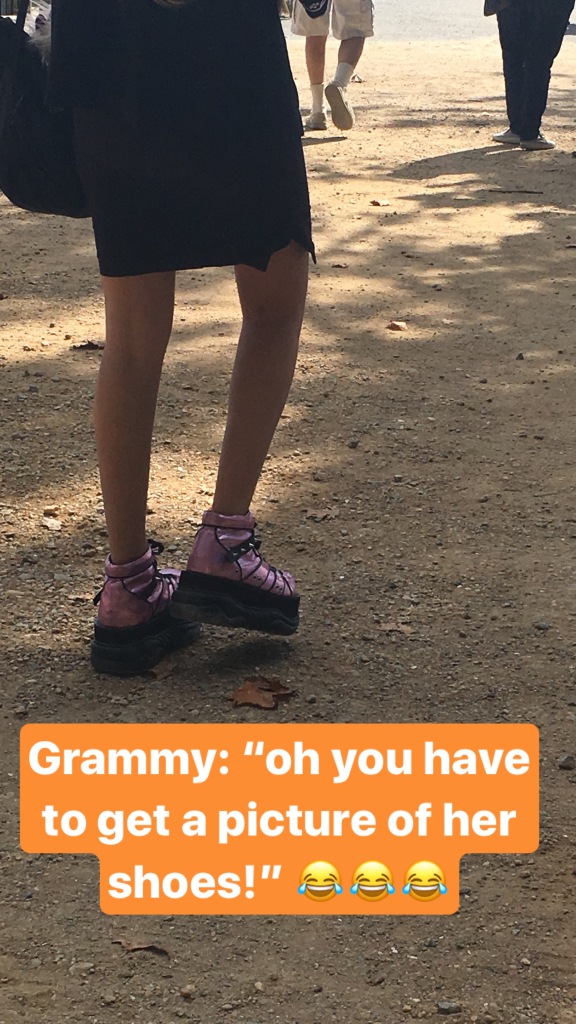 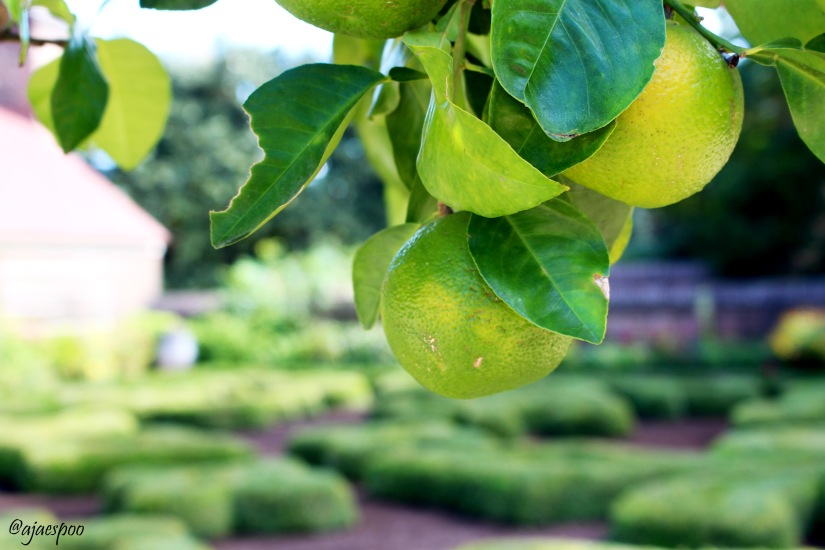 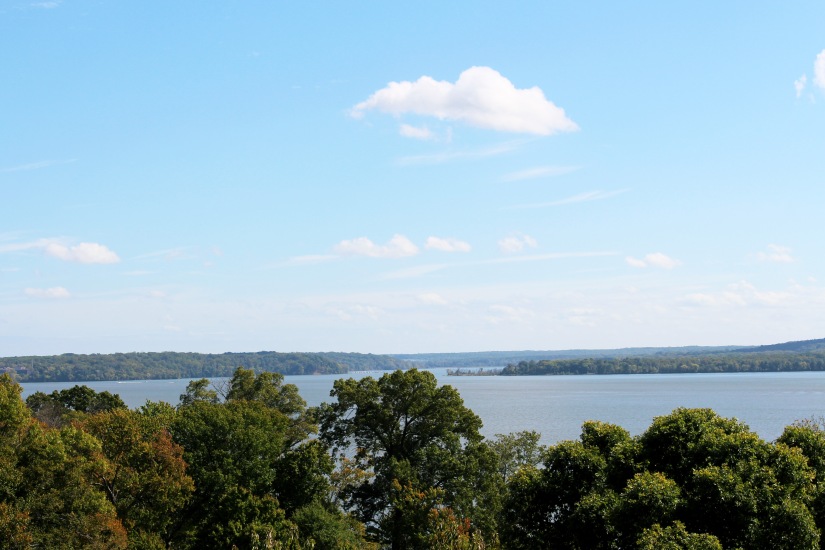 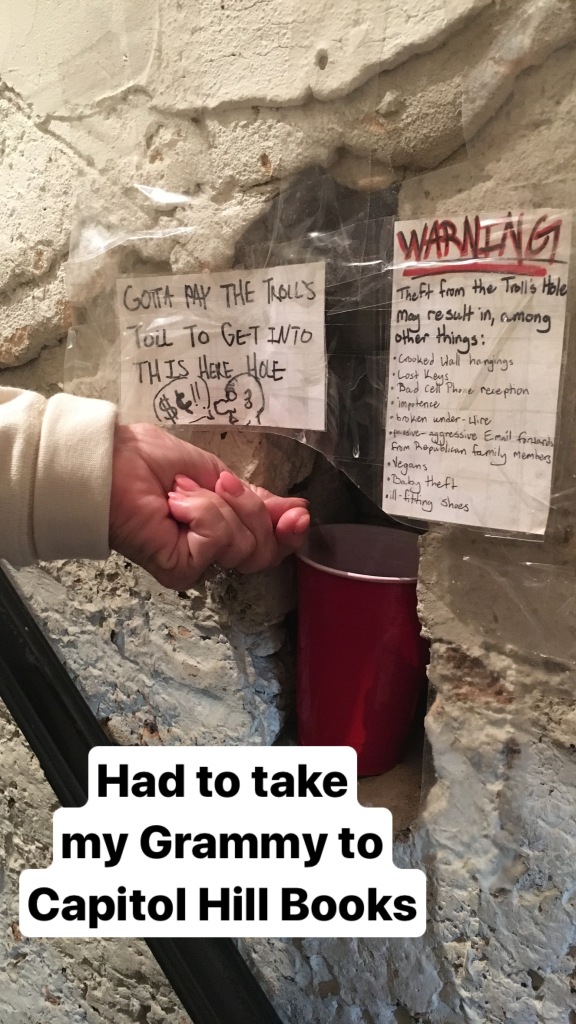 On Sunday, we slept in a bit and woke up to an expected day of rain, so we headed over to the Smithsonian National Museum of American History for a few hours. The rain started to lift so we took the chance to walk to the rest of the memorials, including the Vietnam War, Lincoln, Korean War, Roosevelt, MLK and Jefferson.

We spent quite a bit of time at the Vietnam War Memorial, because we took the time to look up a few names of their classmates and a relative of my great uncle Joe (their brother-in-law). I’ve been past the wall a few times, but this was the first time I had names to lookup and find, which made it a bit more real to me.

If you’ve been to DC then you know the walk I just laid out for you is a bit of a trek so once again I insisted that we Uber to our Italian dinner in Chinatown. 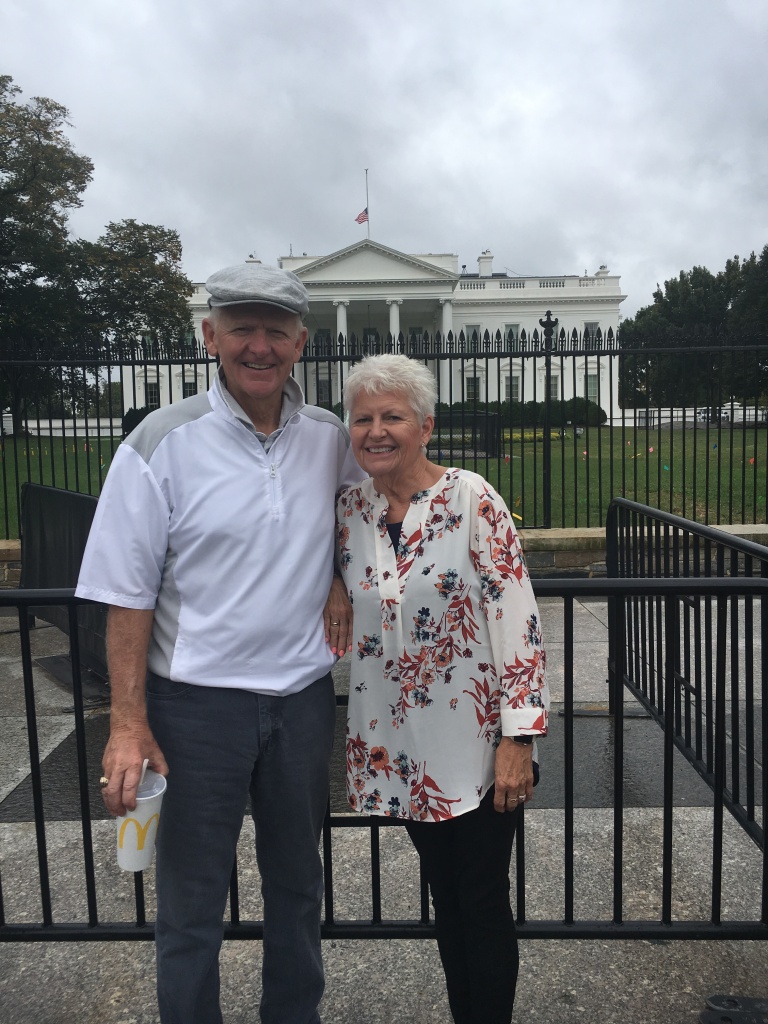 Our final full day was Monday and also the day I forgot to take any pictures. It was still a bit overcast and raining, but we headed across the river to visit Arlington National Cemetery for most of the day. I have been to the cemetery many times, but it never ceases to amaze me just how big it is. Afterward we headed back into DC and over to the National Gallery of Art, which was my Grammy’s last request to fit in on this trip. We rounded out the day with a great dinner at Founding Farmers, where we were joined by a certain guy named Sam… which up to that point I’m pretty sure my family really thought I might be making him up 🙂

On Tuesday, I had to head back to work, but their flight wasn’t until the late afternoon, so they spent the morning at the Holocaust Museum and then visited me at work for a quick lunch before heading home.

I am so happy that I finally got to share my home with them, and now that they’ve been here once, we already have much of the itinerary for next time all planned out after they realized just how much there is to see and do. I certainly don’t take for granted that we have such a great relationship and the chance to experience so many things together… even if my Grampy does drive me near crazy with all of his constant questions about every single building and random fact that I couldn’t possible know 🙂

Thank you so much for visiting!