I like to think that my job is important. I’m representing agriculture and the U.S. wheat industry, and there are always a number of serious things going on from TPP to the Cuban embargo, competitive wheat markets and food aid.

But I work with great people. And more importantly, people who know when to not take themselves too seriously and enjoy a good laugh or two.

Lately, we’ve been taking screen shots of our conversations. I have no idea if other people will find this amusing, but we sure did.

In October, I received this screenshot in an email from “D” with a message saying:

“Just so the autocorrect nightmare is memorialized…” 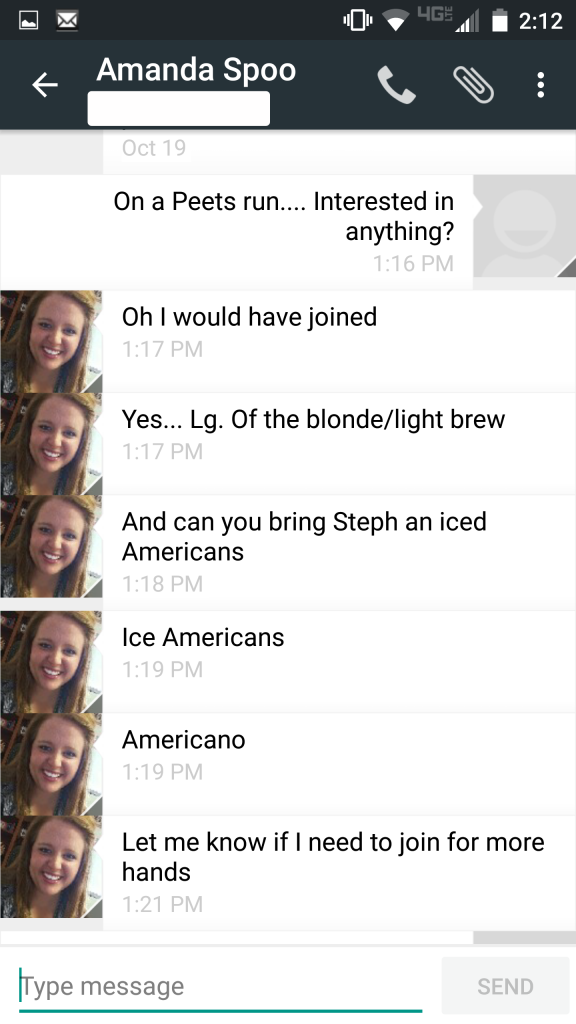 Then last week it was my turn to make it even.

This particular coworker also graduated from K-State, and while we were out in Lake Tahoe for a board meeting, our Wildcats had a Thursday night game.

My texts are in green. 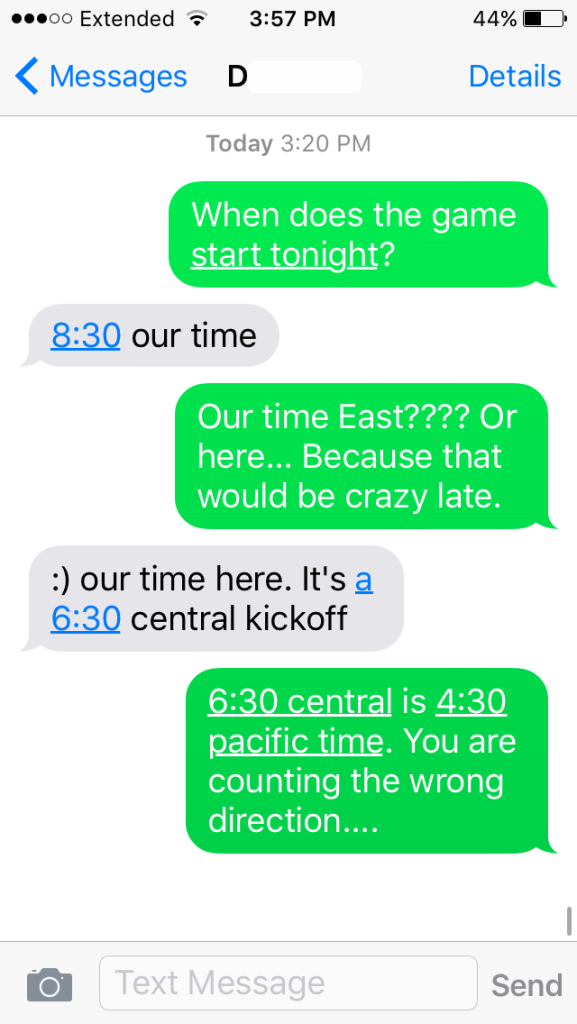 To be fair, I have now lived in the Pacific, Central and Eastern time zones, so I am much more accustomed to quickly calculating time differences.

But considering this conversation was during a meeting in which it would have been inappropriate to laugh out loud, I was even more amused.

I promise we actually do serious work on serious things.