When my friend Julia sent me this picture I seriously did a little happy dance. PEOPLE, you can now get Hermiston Watermelons in Great Bend, Kansas! My hometown in Oregon is known as the “Watermelon Capitol,” and we are sure proud of it. They are used everywhere as our city’s logo, and up until recently were featured on our water tower, painted by my own grandma. So essentially, if this had happened while I was at K-State, I would have driven across the state just to have a little piece of my hometown.

2. If it is good enough for Harrison Ford…

I said in my last So There’s That, I shared an article on gluten, mentioning my thoughts on sharing things online. Well on a MUCH lighter note, a co-worker sent me this quiz…

Should You Go Gluten Free?

Because these are the conversations that my co-workers and I have on Thursday mornings.
#thestruggleisreal

On Tuesday I recapped my July travel and shared a few pictures I took up at my family’s cabin with my new camera.

I just love a good, relatable meme. These were recently added to my collection on my bulletin board at work. 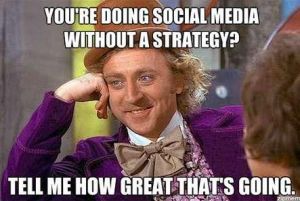 So I am a shameless Bachelor Nation fan. It is the perfect mix of crazy, funny and watching a chick flick. I have watched it off and on over the years since its beginning but my friend Brandi and I have been faithful since Sean Lowe’s season (K-State love!), and even though I moved out to D.C. we still have a standing FaceTime date each week for it. We also may or may not fill out brackets…
Now that this summer’s season has wrapped up, they have moved on to the second installment of Bachelor in Paradise.
Guys, it’s terrible and I can’t stop watching.
Honestly, I spent the entire premiere earlier this week cringing and hiding behind my wine glass. What made it worth it was the “After Paradise” live after show that follows it featuring the host Chris Harrison, cast from the show and guest celebrity (superfan) commentators. The premiere featured Scandal’s Katie Lowes and Joshua Malina!
It’s like the perfect cherry on top of a bowl of ice cream that you don’t actually want to finish.

Still not convinced? Then check out this gal’s weekly blog post recaps. They are HILARIOUS regardless if you watch the show or not.

Basically every lady can relate, the warmer it is outside, the colder your office tends to be, resulting in cardigans in August and a never-ending war over the thermostat. Well my office is no different, so when one of my co-workers sent this article around I thought, Yes! I can get behind this argument!

Chilly at Work? Office Formula Was Devised for Men

I’ve been overdue for new running shoes and ripping a hole in my old ones while hiking kind of sealed the deal. I LOVE my new Brooks GTS. I haven’t had a pair for Brooks since I was in high school and I had forgotten how light they are, not to mention how they fit my wide feet so much better. Happy running is in my future!

My cousin Bodie (who was recently in front of my camera A LOT) is adorable. WordPress doesn’t allow me to upload a video directly, so I am linking to my Facebook page. While we were up at the cabin in July he really want to tell me what the fox says…

So, There’s That.
Cheers!

Linking up with:
Momfessionals
Life In Leggings
Meet @ The Barre
Running 4 Cupcakes
Fitting It All In