{Sort of like  a “Friday Five” except it’s probably not Friday and I gave up on the idea of a catchy alliteration. This is my# postgradlife.}

So just in case you didn’t get the memo or have been living underneath a rock…bacon is hot {aside from literally.} It’s a hot, fun, hipster, trendy food and people can’t seem to get enough of it. Now, I’ve always known bacon was great but everyone and their grandma is now fascinated with this breakfast side. From wrapping it around other foods, desserts, cocktails and multiple snacks, I’m pretty sure I’ve seen it all now. {Check out the Today Show’s Pinterest Board.} Now considering I work in the pork industry, I think its important for us to run with this bacon craze while its in style. Personally, I prefer to eat my bacon traditionally but I understand the importance of walking the talk, so recently my co-worker and I did a little taste testing on our own.

First, on our way to a meeting to Topeka, we tried the Peanut Butter Bacon shake at Sonic. I was pretty skeptical at first, but it wasn’t bad. I am a huge peanut butter fan and the shake definitely had plenty of that. The bacon part though, was a little disappointing. There was hardly any in there!  From the little bit that I did get, I got a sweet and salty savory taste, and like it would on your breakfast plate, it blended well with the peanut butter. Apparently Sonic doesn’t always skimp on the bacon though. I heard from another source that their shake was loaded with chunks of bacon, so that’s good to hear. Second, on my way back from a work trip in central Kansas,  I was getting tired on the drive so I stopped for some sunflower seeds – my go-to trick for staying awake on the road. Next to my normal buy, was this bacon salt flavored package for a dollar less. Sure, why not? At first I liked them. They definitely have the smokey bacon flavor going on and just the right amount of salt. But after a while they started to develop an odd after taste. So they weren’t quite the rock star purchase that I was hoping for but they did do their job of getting me home safely. Now don’t let my C average grade on these two bacon products discourage you. There are many more out there that are fantastic and worth trying! What interesting bacon products are you into?

This warms my heart. Mr Kemper and his family took their vision and invested in it, and I am one of the many people whose life has been made better by that vision. Because of my involvement in AFA, my journey has been set on a path infused with joy, learning, family, integrity and experiences that I will cherish forever. I don’t know if I’ll ever be able to share just how thankful I am, but I can promise that I will always continue to “pass it on.”

This great big world is actually pretty small and I prefer it that way. One by one Manhattan has slowly become infested by Oregonians in the best way possible. Last week, Lee Letsch, a friend through Oregon FFA and the pork business, took a detour from meetings in Kansas City and visited Nicole, Jake, Brett and I in Manhattan. It was great to catch up over dinner and since Lee spent a year here during college herself, we took her around to show her what has and hasn’t changed around town.

I don’t farm, but my job is to represent those who do and http://whyifarm.com is a great testimony and example of why they are worth working for. Check out many more videos like this one below on the site.

My reactions upon reading this list: (a.) Sometimes I wonder if my life is being secretly filmed. (b.) How concerned should I be if I can relate to 99.9% of this list? (c.) I seriously have some awesome best friends. 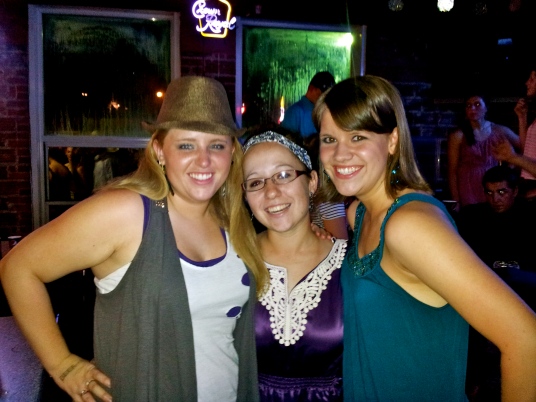 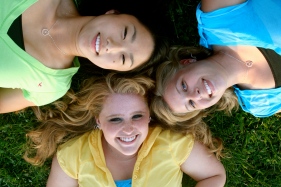 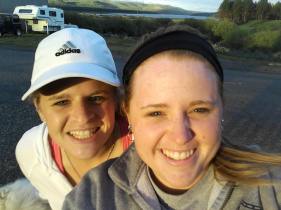